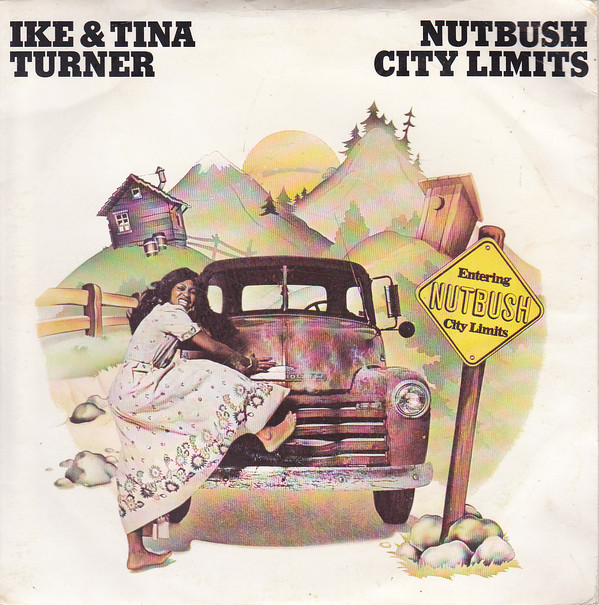 Tina Turner wrote this song named after a place near where she was born. Tina’s voice is one of a kind and she is electric. Ike and Tina only had one top ten hit and that was Proud Mary. What surprises me is they had 6 top 40 songs and 20 songs in the Billboard 100. Nutbush City Limits peaked at #22 in the Billboard 100 in 1973.

Anna Mae Bullock was born November 26, 1939 in a hospital in Brownsville, a short drive from Nutbush, Tennessee where she grew up. She would eventually marry songwriter and musician Ike Wister Turner, taking the name Tina Turner. In November 1973 the duo released “Nutbush City Limits.” Far from being a city, Nutbush is a hamlet on Highway 19, Tennessee.

In this song, Turner recalls her memories of Nutbush, painting a picture of a friendly little town with a strong community. She once said that she didn’t turn any heads in Nutbush, as many women there had the goods.

Marc Bolan of the ’70s British glam rock band T-Rex played guitar on this track. Bolan was a fan of Ike’s guitar playing and in his teenage years he had had a crush on Tina Turner.

Tina Turner didn’t write many songs, but she is the sole composer on this one, which was her biggest hit as a songwriter. As her career progressed, Turner did less songwriting, putting her energies into vocal arrangements and performance. As a solo artist, she surrounded herself with top talent and developed a reputation for her strong work ethic, always getting it right in the studio. She certainly could have written more songs had she chosen to.

Turner re-recorded the song as a house number in 1991 for her compilation album Simply The Best. A single release peaked at #23 in the UK. Two years later she re-worked it again for the What’s Love Got to Do with It? soundtrack album.

Bob Seger released a live version on his 1976 album Live Bullet. Released as a single, it went to #69 in the US.