Growing up in the seventies watching shows on Saturday morning was a wonderful experience and Sid and Marty Krofft could really be on the strange side….but a great strange.

It has been rumored that the brothers were inspired by hallucination drugs such as LSD and or pot. The brothers have always denied this claim. Shows with titles H.R Pufnstuf and Lidsville (Puff and a Lid) and the lyrics led to accusations.

A quote from them…”We screwed with every kid’s mind,” says Marty Krofft of the loopy shows — such as H.R. Pufnstuf, Lidsville, and Land of the Lost — that he created with brother Sid in the early 1970s. “There’s an edge. Disney doesn’t have an edge.”…from Hollywoodreporter.

H.R. Pufnstuf – A boy with a talking flute got in a boat and then the skies turned gray and there in the sky was Witchiepoo… He ended up at a place with H.R. Pufnstuf (who has to be seen) his friends and talking trees…terrorized by Witchiepoo…. with a hint of psychedelic threw in…as was most of the shows they created. It’s awesome to know that kids watched this strange show… Give me this over Barney…

Lidsville – A boy falls down a large top hat at an amusement park and ends up in a land of Hats…there was also a genie named Weenie…who played Witchiepoo in HR Pufnstuf. The bad guy was Charles Nelson Reilly the magician and he would go around zapping people. The show is just plain bizarre…for me, it is the strangest show they did….and besides Land of the Lost my favorite.

Sigmund and the Sea Monsters – A couple of boys find a friendly sea monster hiding from his mean family of sea monsters. the boys hide Sigmund from everyone else. This is probably the most normal one of them all…It was a popular Saturday morning show.

The Bugaloos – Singing insects…Watch it…Most boys had a crush on the Butterfly Caroline Ellis.

The Banana Splits – An animal rock group with a catchy theme song…which all of the earlier shows had a catchy theme. This show was made by Hanna-Barbera but the costumes were made by the Krofft brothers.

The Land of the Lost – The best-written show of them all.  Land Of The Lost post.

There were other shows like Electra Woman and Dyna Girl, The Space Nuts, The Lost Saucer and Wonder Bug but they were not in the same league as the top group. In these shows, the Krofft brothers moved away from the puppets…which they were known for… and the wild themes. 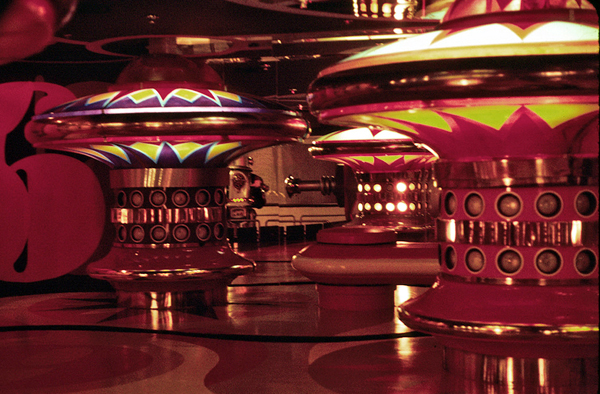 In 1976, a developer asked the Kroffts to develop a very cool amusement park for the new Omni International complex in downtown Atlanta. The World of Sid and Marty Krofft was the world’s first indoor amusement park, but due to poor attendance, it was closed after just six months. The Omni International building that contained the amusement park was renamed the CNN Center when the site was converted to the present CNN headquarters.

The brothers sued McDonald’s and won for ripping off H.R. Pufnstuf and Living Island. I can see a resemblance…

Sigmund and the Sea Monsters 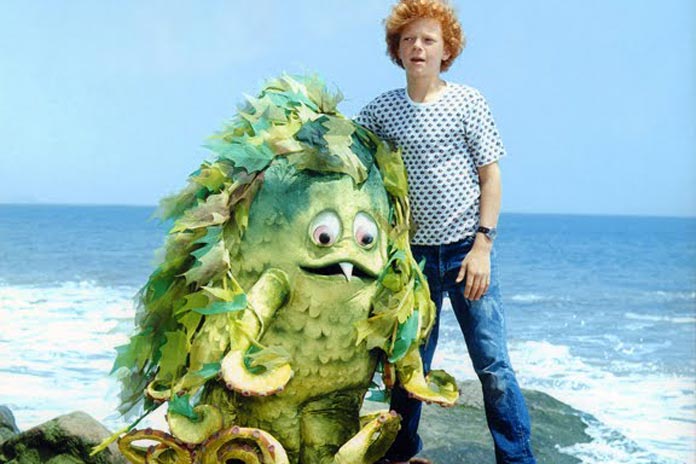 7 thoughts on “The Wonderful World of Sid and Marty Krofft”