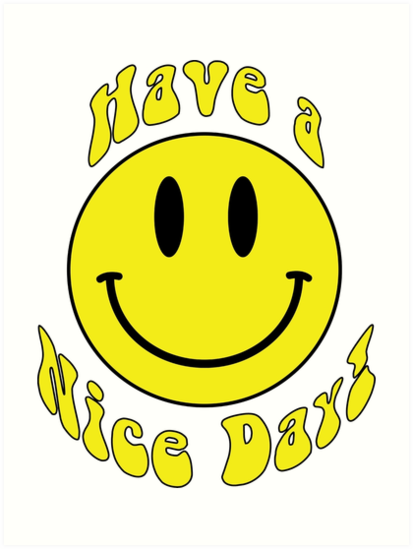 When you see this you probably think of the seventies. More than one person has claimed they created it. I have a friend’s dad who was a graphic artist in the sixties and seventies who claimed he came up with it. This is one of the most iconic images in the world.

50 years ago in Worcester, Massachusetts Harvey Ross Ball, an American graphic artist, and ad man created it to raise the moral of an insurance company… he was paid 45 dollars for less than 10 minutes of work. The State Mutual Life Assurance Company made posters, buttons, and signs to lift the morale of their workers.

Neither Ball nor State Mutual tried to trademark or copyright the design. That was a mistake.

In Europe, In 1972 French journalist Franklin Loufrani became the first person to register the mark for commercial use when he started using it to highlight the rare instances of good news in the newspaper France Soir. He trademarked the smile, dubbed simply “Smiley,” in over 100 countries and launched the Smiley Company by selling smiley T-shirt transfers.

In the early 1970s, brothers Bernard and Murray Spain, owners of two Hallmark card shops in Philadelphia, came across the image in a button shop, noticed that it was incredibly popular, and simply used it.

The brothers knew that Harvey Ball came up with the design in the 1960s but after adding the slogan “Have a Happy Day” to the smile, the Brothers Spain were able to copyright the revised mark in 1971, and immediately began producing their own novelty items. By the end of the year, they had sold more than 50 million buttons and countless other products, turning a profit. Despite their acknowledgment of Harvey’s design, the brothers publicly took credit for icon in 1971 when they appeared on the television show “What’s My Line.”

In 1996, Loufrani’s son Nicolas took over the family business and transformed it into an empire. He formalized the mark with a style guide and further distributed it through global licensing agreements including, perhaps most notably, some of the earliest graphic emoticons. Today, the Smiley Company makes more than $130 million a year and is one of the top 100 licensing companies in the world. The company has taken a simple graphic gesture and transformed it into an enormous business as well as a corporate ideology that places a premium on “positivity.”

Loufrani isn’t convinced that Ball came up with the design…well of course.

In 2001, Charlie Ball tried to reclaim the legacy of his father’s creation from unbridled commercialization by starting the World Smile Foundation, which donates money to grass-roots charitable efforts that otherwise receive little attention or funding.

3 thoughts on “Have a Nice Day Smiley Face”