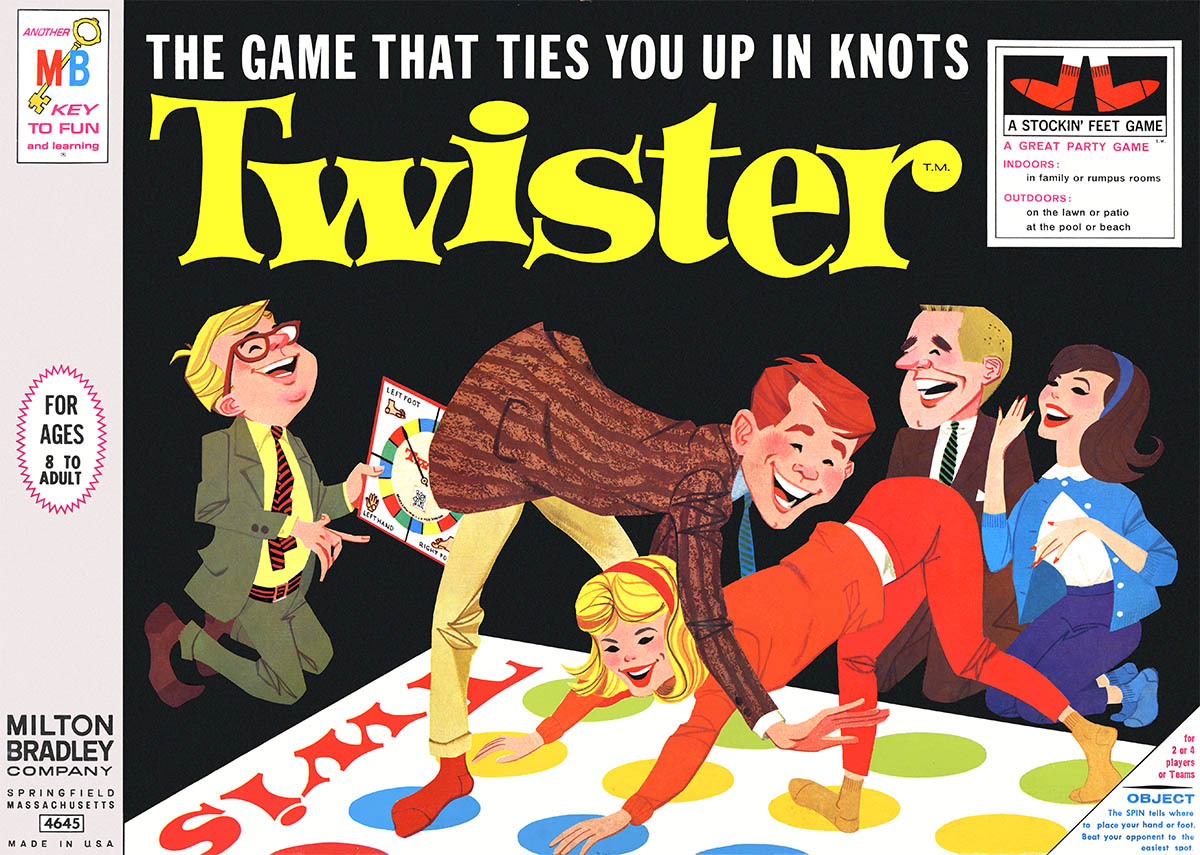 If not for Johnny Carson and Eva Gabor…Twister may not have been part of our culture.

In 1965 Reyn Guyer, of the Reynolds Guyer Agency of Design had been hired to do a promo display for a shoe polish company, and he was tinkering with colored polka dot paper for ideas. He was suddenly hit with inspiration for something much different…a board game where the pieces were people not plastic.

Reyn tested it with office workers who were divided into two teams and the game was called “Pretzel”. He showed it to 3M and they turned the game down.

Reyn took the game to the Milton Bradley Company in Springfield, MA where Mel Taft, the senior vice-president of R & D, chose “Pretzel” as the best of the eight-game ideas. Mel found there was a trademark problem, so he changed the game’s name to Twister, and Milton Bradley began to market Twister in 1966.

Milton Bradley’s competitors started to call the game “SEX IN A BOX” to destroy the game before it was marketed properly.

Milton Bradley discovered that stores were refusing to stock the game so they were going to pull it from the shelves. What they didn’t know was the public relations man they hired had made an arrangement to have the game played on The Tonight Show.

On May 3, 1966, Johnny Carson, the host of the show, was enticed by the “Twister” mat and demonstrated the game along with the beautiful Eva Gabor. That helped the game to say the least. Three million were sold the next year.

The Game still is being sold today.