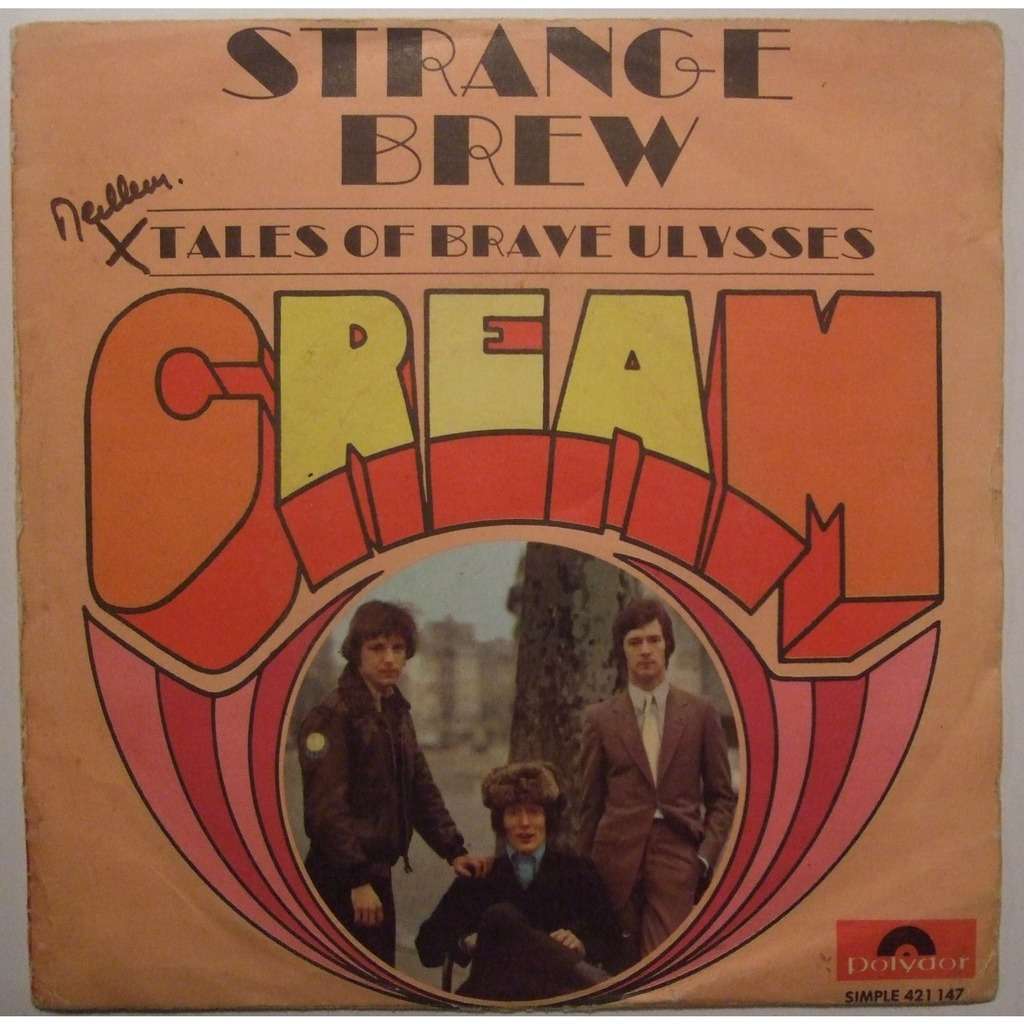 Great guitar lick and song. The song was based on an old blues song by  Buddy Moss called Hey Lawdy Mama that Cream recorded. Eric Clapton took the lead vocal in this one. They reworked the song and the writing credits went to Felix Pappalardi, Gail Collins and Eric Clapton.

The song didn’t chart in the Billboard 100 but made it to #17 in the UK charts. A great classic Cream song.

When Cream performed the early version of this song as “Lawdy Mama,” Clapton and bass player Jack Bruce would share lead vocals. The band recorded both “Lawdy Mama” and “Strange Brew” at Atlantic Studios in New York on April 3, 1967. The band had spent the previous week in the city, performing daily at the “Music In The Fifth Dimension” show at the RKO Theater. These shows were organized by the influential disc jockey Murray the K, and provided great exposure for Cream in America. Other acts on the bill for some of these shows: The Who, Wilson Pickett and the Lovin’ Spoonful. Cream would complete the Disraeli Gears album when they returned to the United States the next month.

The lyrics refer to a female, which could mean drugs or be a more literal reference to a woman. Either way, she is “killing what’s inside of you.”

Cream had a very psychedelic sound, and this song was released in the Summer of Love, where it fit in quite well.

To craft “Strange Brew,” producer Felix Pappalardi added Eric Clapton’s vocal to a take of the band’s recording of “Lawdy Mama,” which appears as a bonus track on the 2004 re-release of Disraeli Gears, but didn’t make the original album. Jack Bruce wasn’t happy about this, especially since he wasn’t able to re-record his bassline. To keep the tenuous peace in the band during Cream’s reunion concerts in 2005, “Strange Brew” was omitted from their 19-song playlist, despite being one of their best known and loved songs.

Clapton got the idea for the album title after a roadie named Mick Turner told him about the derailleur gears on his bicycle. Derailleur, pronounced “Di-rail-yer,” are the kind of gears commonly found on 10-speed bikes. The roadie pronounced it “Disraeli,” which led to the title.

On Eric Clapton’s Crossroads boxed set, this is placed next to “Lawdy Mama,” the Blues song it is based on.

Strange brew, kill what’s inside of you.

She’s a witch of trouble in electric blue,
In her own mad mind she’s in love with you.
With you.
Now what you gonna do?
Strange brew, kill what’s inside of you.

She’s some kind of demon messing in the glue.
If you don’t watch out it’ll stick to you.
To you.
What kind of fool are you?
Strange brew, kill what’s inside of you.

On a boat in the middle of a raging sea,
She would make a scene for it all to be
Ignored.
And wouldn’t you be bored?
Strange brew, kill what’s inside of you.