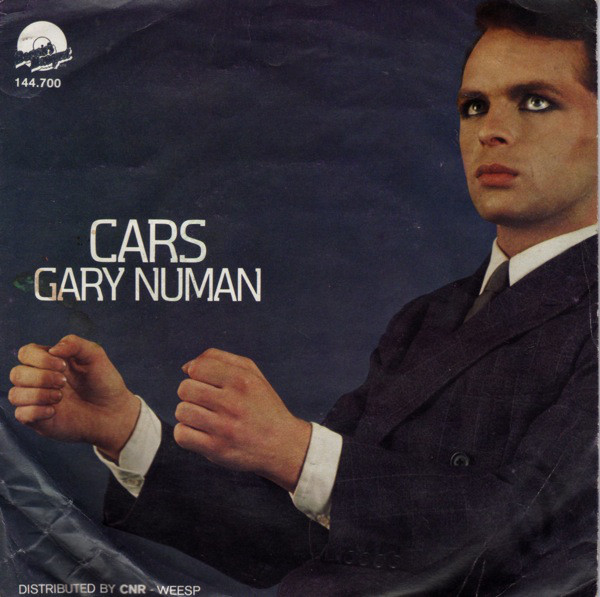 This song was released in 1979  was one of many signs a change was coming in music. The song peaked at #9 in the Billboard 100,  #1 in the UK and #1 in Canada. The song was keyboard driven with a synth riff.

Gary Numan on the inspiration of the song. “A couple of blokes started peering in the window and for whatever reason took a dislike to me, so I had to take evasive action. I swerved up the pavement, scattering pedestrians everywhere. After that, I began to see the car as the tank of modern society.”

Numan has stated that he has Asperger syndrome, which is a mild form of autism, but until he was diagnosed, he had a lot of trouble relating to other people.

Even though the message of this song is that cars lead to a mechanical society devoid of personal interaction, it didn’t stop automakers from using it in commercials. Both Nissan and Oldsmobile have used it in ads.

A more clever approach came from Diehard, who created a commercial where Numan played the song on 24 car horns powered by just one of their batteries. Numan has no problem with his song being used in commercials, telling us, “I’m up for that, actually. I think any use of it at all. It would be great if it happened again.”

In the UK, this was used in an American Express commercial in the ’80s, as well as an ad for Carling beer that ran in 1996. The beer commercial gave the song new life in the UK.

TV series that have used this song in some form include The Simpsons, Family Guy, South Park and Two and a Half Men.

Numan made a video for this with special effects that look ridiculous now, but were cutting edge in 1979. When MTV went on the air in 1981, it was one of about 200 videos they had, so they played it over and over. This made the song a hit in the US.

Numan explained to Rolling Stone how he came up with this song’s synthesizer hook: “I have only written two songs on bass guitar and the first one was ‘Cars.’ I had just been to London to buy a bass and when I got home the first thing I played was that intro riff. I thought, ‘Hey, that’s not bad!’ In 10 minutes, I had the whole song. The quickest one I ever wrote. And the most famous one I’d ever written. More people should learn from that.”

Numan took his surname from a plumber in the telephone directory called Neumann Kitchen Appliances. He told NME he tried to find a two-syllable name, “because my real name Webb didn’t seem very cool.”

Here in my car
I feel safest of all
I can lock all my doors
It’s the only way to live in cars.

Here in my car
I can only receive
I can listen to you
It keeps me stable for days in cars.

Here in my car
You know I’ve started to think
About leaving tonight
Although nothing seems right in cars.