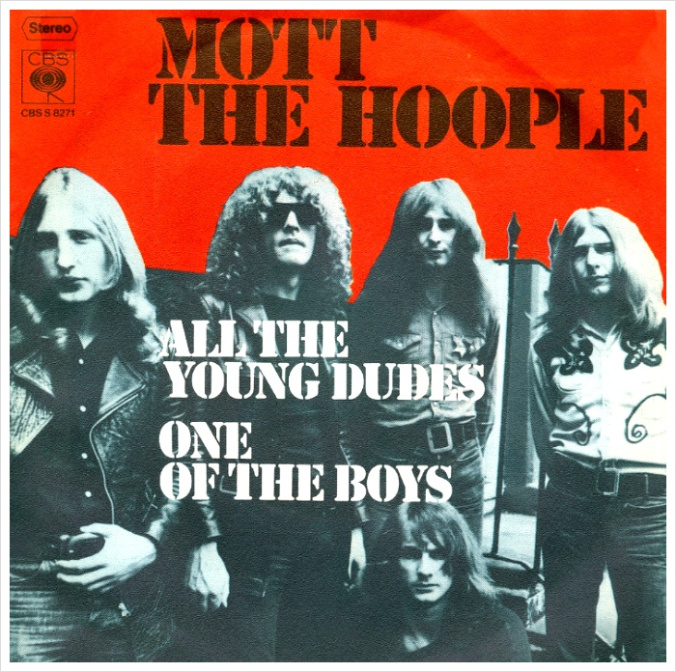 All the Young Dudes was written and produced by David Bowie. Mott The Hoople had a cult following in England and Bowie was a big fan but they were about to break up. To stop them from breaking up he offered to produce their next album and give them a song…this song.

Mott the Hoople does a great job on this. This era is my favorite of David Bowie… All the Ziggy Stardust music (which this was originally written for) and the Hunky Dory album…not that any era of Bowie is bad.

“Ziggy was in a rock ‘n’ roll band, and the kids no longer want rock ‘n’ roll,” Bowie explained to Rolling Stone in 1974. “There’s no electricity to play it. Ziggy’s adviser tells him to collect news and sing it, ’cause there is no news. So Ziggy does this, and there is terrible news. ‘All the Young Dudes’ is a song about this news. It is no hymn to the youth as people thought. It is completely the opposite.”

All The Young Dudes

18 thoughts on “Mott the Hoople – All The Young Dudes”