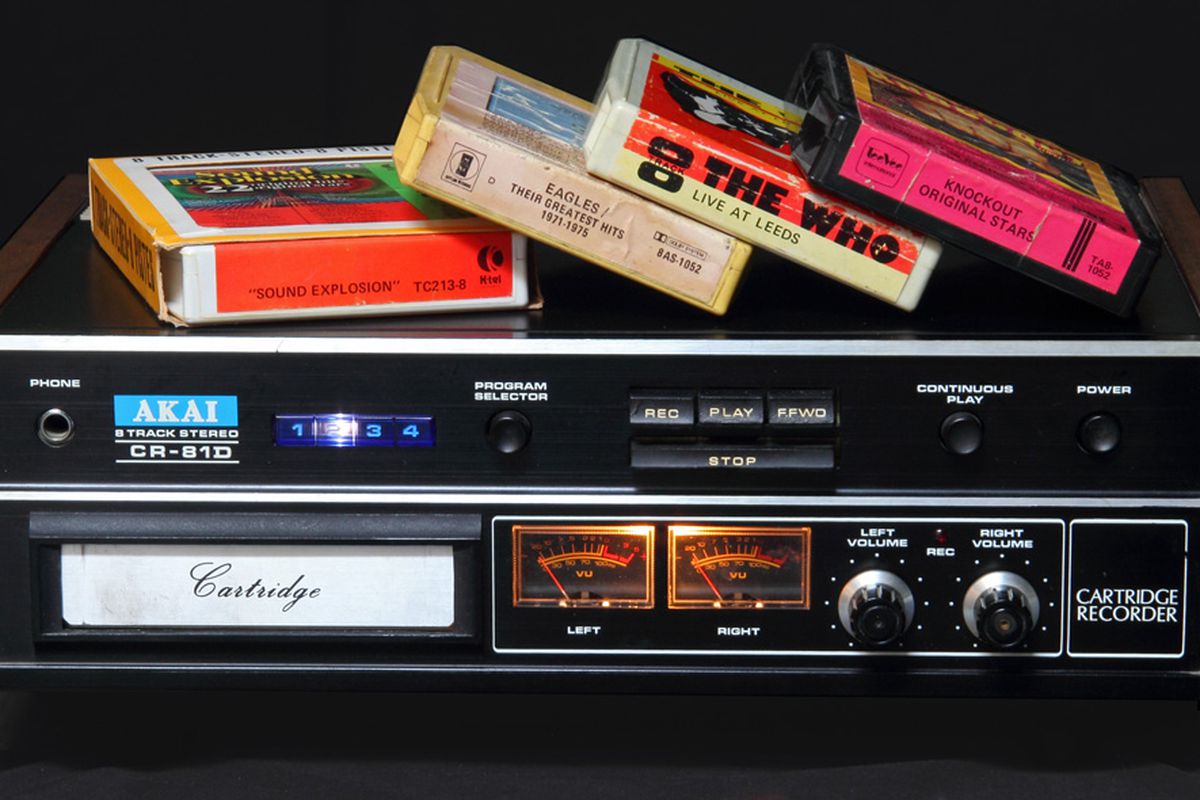 I  had a stereo that had a record-able 8-track system built in. I would record straight off the radio to the 8-track and from records. I will add that it could be a miserable format to listen to music. If you had a favorite song that you wanted to hear a couple times in a row…get ready to wait till it came back around and then for the infamous “click” and you would switch tracks…and either wait some more or miss the beginning.

But there is more… you may be listening to a song and suddenly the song fades out for a while because it’s too long for the track and then finally the “click” and it finishes out on the next track.

William Powell Lear, the man behind LearJet, was also the inventor of the 8-track cartridge tape system. In 1964 William Lear convinced Ford to install the 8-track in their cars.

In September 1965, Ford Motor Company offered 8-track players as an option in their 1966 model cars.  A Ford spokesperson reported that 65,000 players were installed in the first year.  As a result of the popularity, the 8-track player soon became standard in all Ford cars.

In 1966 home units and portable units were offered. Now people could share their tapes with each other. The peak years of the eight-track were 1967 through 1975. Then, improvements in the tape quality of smaller cassettes and decreasing quality in eight-tracks led consumers away from the eight-track tape.

The last official release on 8-track was Fleetwood Mac’s Greatest Hits in 1988. By then though Compact Disc had taken over the market.

I did have quite a collection of official 8-tracks and self-made 8-tracks. I also have an old 8-track system in my closet…hey you never know.

This video is a must. It shows an Eight Track Museum. It is interesting.