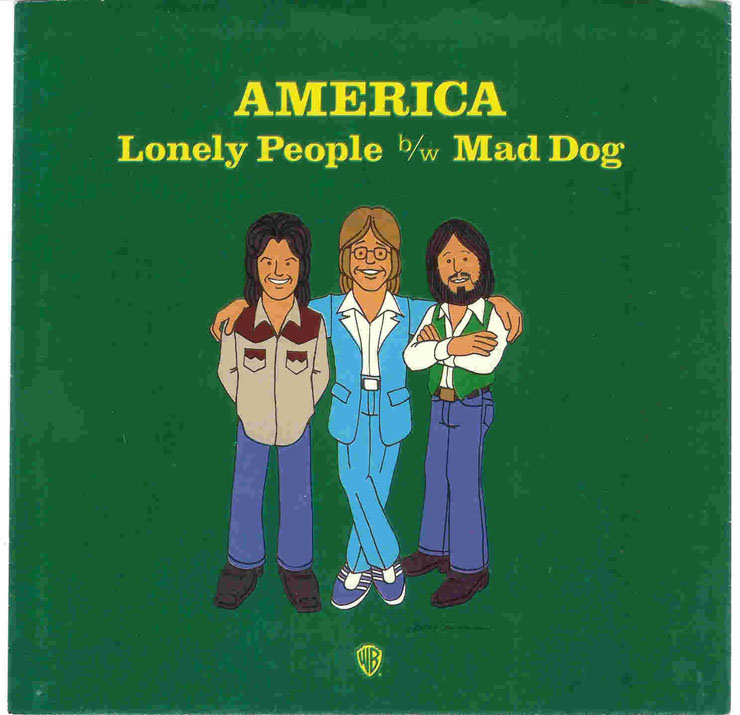 Maybe my favorite America song along with Sister Golden Hair. It peaked at #5 in the Billboard 100 and #16 in Canada in 1975. The song was a positive response to the Beatles Eleanor Rigby’s “All the lonely people: where do they all come from…where do they all belong”(according to wiki). Both songs were produced by George Martin.

Famed Beatles producer George Martin helmed this song along with the rest of the album in London. Peek recalled to Circus: “Gerry (Beckley) had been in England, and we’d talked about using George Martin as our producer. He’s such a hot arranger, thinking about all the stuff he’s done. There were several other people we wanted to use, but that idea sort of flashed and George was available. Gerry had a house outside of London where we knew we could rehearse.”

The trio met with George Martin in Los Angeles, at the offices of America’s managers, Geffen-Roberts. Peek remembered with a laugh: “The first thing he did was take his shirt, sweater and shoes off. He said it was too hot in L.A. He put everyone at ease, and we just got along well from the first second. He has a very musical mind, and as we began working we bounced ideas off of him quite a bit, with things like vocal arrangements and guitar parts. It was an amazing experience working for a mind-producer.”