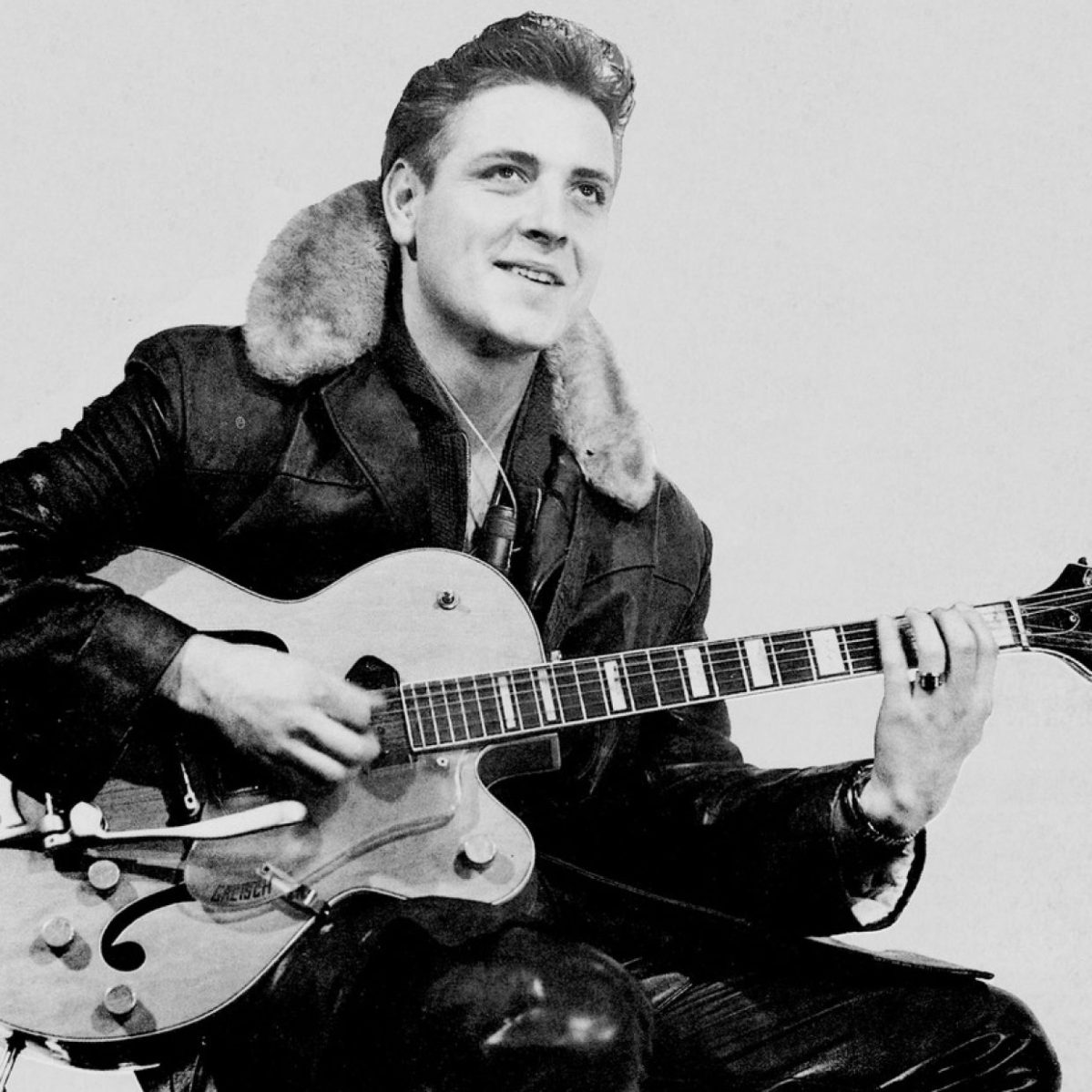 I got to know Eddie Cochran’s music through The Who. The Who covered Summertime Blues and I wanted to know where that came from…I read about his influence on the Beatles but never heard anything from him until the mid-eighties when I bought one of his compilation albums.

Eddie Cochran was a huge influence for the up and coming British guitar players of the sixties. Jimmy Page, Jeff Beck, John Lennon, and Pete Townshend. He was huge in the UK. He was one of the big 50s guitar heroes. He broke through with the song “Summertime Blues” in 1958 that peaked at #8 in the  Billboard 100 and he also did well with C’mon Everybody. He was never really big in America… he was a bigger star in Europe.

He didn’t use his guitar as a prop like some did…he played it and played it well. He also worked as a session musician. He helped bring rock guitar along in more ways than just his playing. He was one of the first to modify his pickups and he did away with the wound G string on the guitar. He replaced it with an unwound string which made it easier to bend. Many future musicians were paying attention, sitting on the front row of his British tour.

His influence can be heard throughout rock and roll…It was because Paul McCartney knew the chords and words to “Twenty Flight Rock” that impressed John Lennon to asked Paul to become a member of the Quarrymen.

During a British tour in 1960, Eddie Cochran, Gene Vincent, Sharon Sheeley (Eddie’s fiancé), and tour manager Pat Thompkins were in a taxi. They were leaving a show in Bristol, England to go to the London Airport…the taxi hit a lamp post and Eddie was thrown from the car and suffered a head injury and died in a hospital. He was only 21 years old. Gene Vincent received injuries to his already bad leg and walked with a limp after the crash. Eddie was the only one to die.

Sharon Sheeley was a songwriter. She wrote Ricky Nelson’s first hit “Poor Little Fool” and a couple of songs (Love Again and Cherished Memories) for Cochran.

There are a couple of stories about Eddie’s Gretch guitar. A 13-year-old Marc Feld met Cochran outside the Hackney Empire, a theater in the London borough of Hackney, where Cochran had just played a concert. Cochran allowed the boy to carry his guitar out to his limousine. Later Marc Feld would be known as… Marc Bolan of T Rex.

After the crash the guitar was impounded at a London police station…a young policeman used it to teach himself how to play. That policeman’s name was David Harman, but he would soon change his name to Dave Dee and help start a band called Dave Dee, Dozy, Beaky, Mick & Tich…One of the soon to be British Invasion bands. 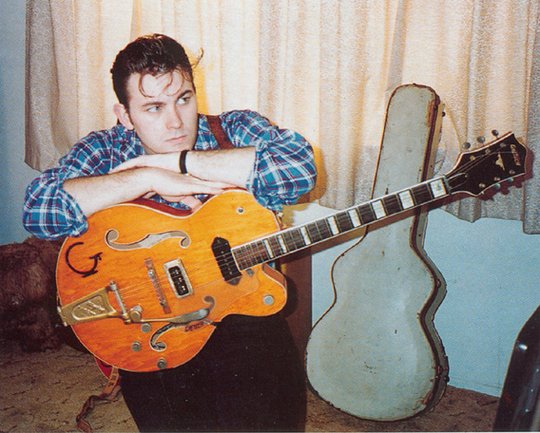