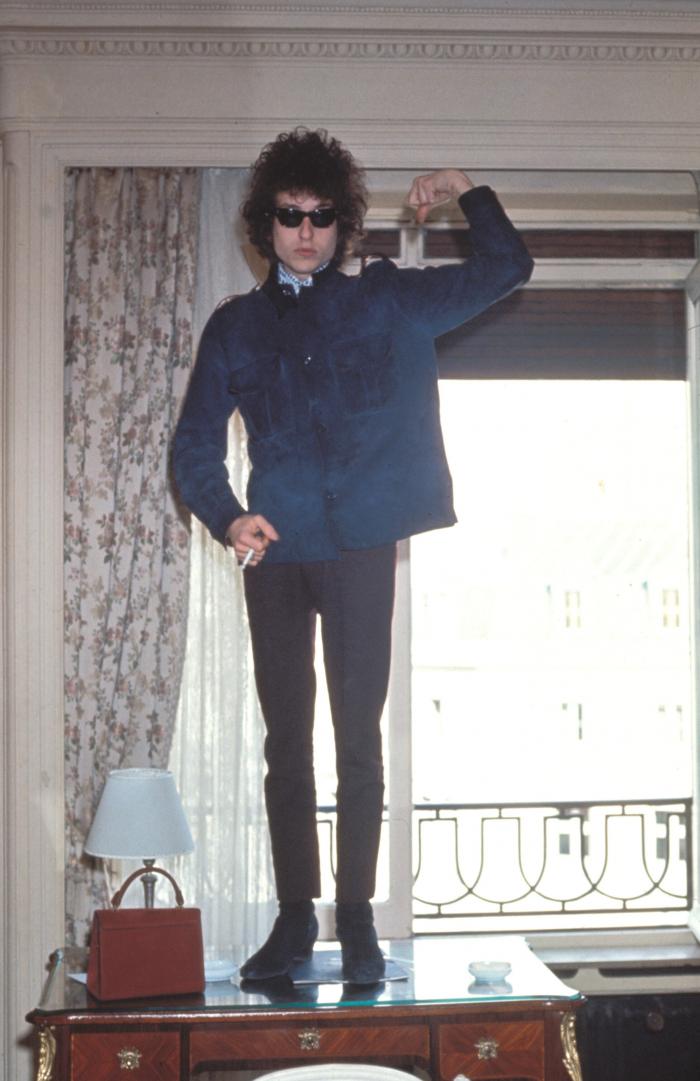 This was a film that covered Bob Dylan on his 1966 European tour backed up by the Hawks that eventually became The Band minus, Levon Helm. The film was to be shown on ABC television but ABC rejected and saying it was “incomprehensible” because Dylan himself was one of the editors and wanted the film to have more of an artistic feel.

It was filmed by D.A. Pennebaker who filmed Dylan’s 65 European tour when he played acoustically called Don’t Look Back. Don’t Look Back is terrific. This film is very disjointed. That is not saying I don’t like it. This is the Dylan period that probably is my favorite. The Hawks are raw and powerful and Dylan was

There are some highlights to this odd film. A spontaneous piano duet with Dylan and Johnny Cash, John Lennon and Bob Dylan very high riding around in a cab, and the famous concert where an audience member yells out “Judas” because of Dylan’s conversion to electric music. After the Judas remark, he proceeds to tell Robbie Robertson to play it loud and they kick off in a vicious “Like a Rolling Stone.” My favorite live version of that song. Those folk music fans were harsh.

The film is disjointed and frustrating to watch because some of the songs you want to see and hear are there…but only partly. You will be seeing Dylan performing something and then flash away to something else. Some of the concert footage and film from this ended up in the Martin Scorsese movie No Direction Home…I would recommend No Direction Home to everyone.

Bob was pale and nervous and there is no secret he was doing drugs heavily through this movie. After the tour, Dylan had a motorcycle wreck heard around the world and after he recovered he didn’t tour for years.

The cab ride with John Lennon is historical now. Both of them in sunglasses and Lennon trying to inject humor into the situation and Dylan is ok at first and then starts getting sick as the filming stops.

If you are a Dylan fan it’s worth a watch. I’m glad we have “No Direction Home” to see some clear film segments on that tour. Eat The Document has not been officially released but you can get a bootleg of it or watch most of it on youtube.