I’ve always liked the Runaways. They were punk, rock, and some pop thrown in together. Their best known song is Cherry Bomb and it has gained popularity in the last decade because of the 2010 movie about them and the song  included on the Guardians of the Galaxy soundtrack.

This song was written by Mark Anthony and Kim Fowley. It was on their self-titled debut album released in 1976.

The Runaways were formed in 1975 by producer Kim Fowley after guitarist Joan Jett and drummer Sandy West introduced themselves to him in hopes of starting a group. They eventually went on to recruit Lita Ford, Jackie Fox, and Cherie Currie. Lead singer, Currie, went into her audition with a rendition of Peggy Lee’s “Fever.”

Robert Plant played a joke on them and told them it was fun to collect (steal) hotel keys in England. The keys were big and ornate, and somewhat valuable, so when the band tried to enter France, they were detained by Customs. They had to cancel their show.

Joan Jett on her one arrest: “It was in England, on the first Runaways tour, about to catch the ferry to France. I blame Robert Plant, because we once asked him what souvenirs we should get on the road; he said he took hotel room keys. In England, the keys were big, ornate, metal things. I had four. At customs, the guy said, ‘Hmm, sticky fingers, you’re under arrest’, and put me in a jail cell.” 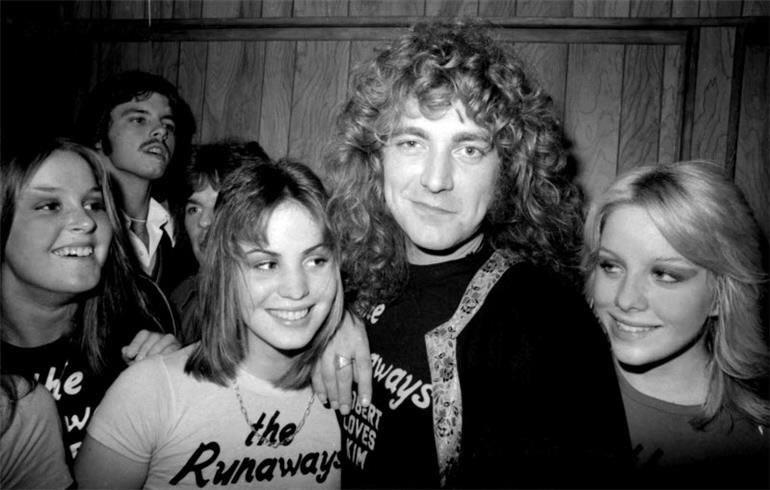