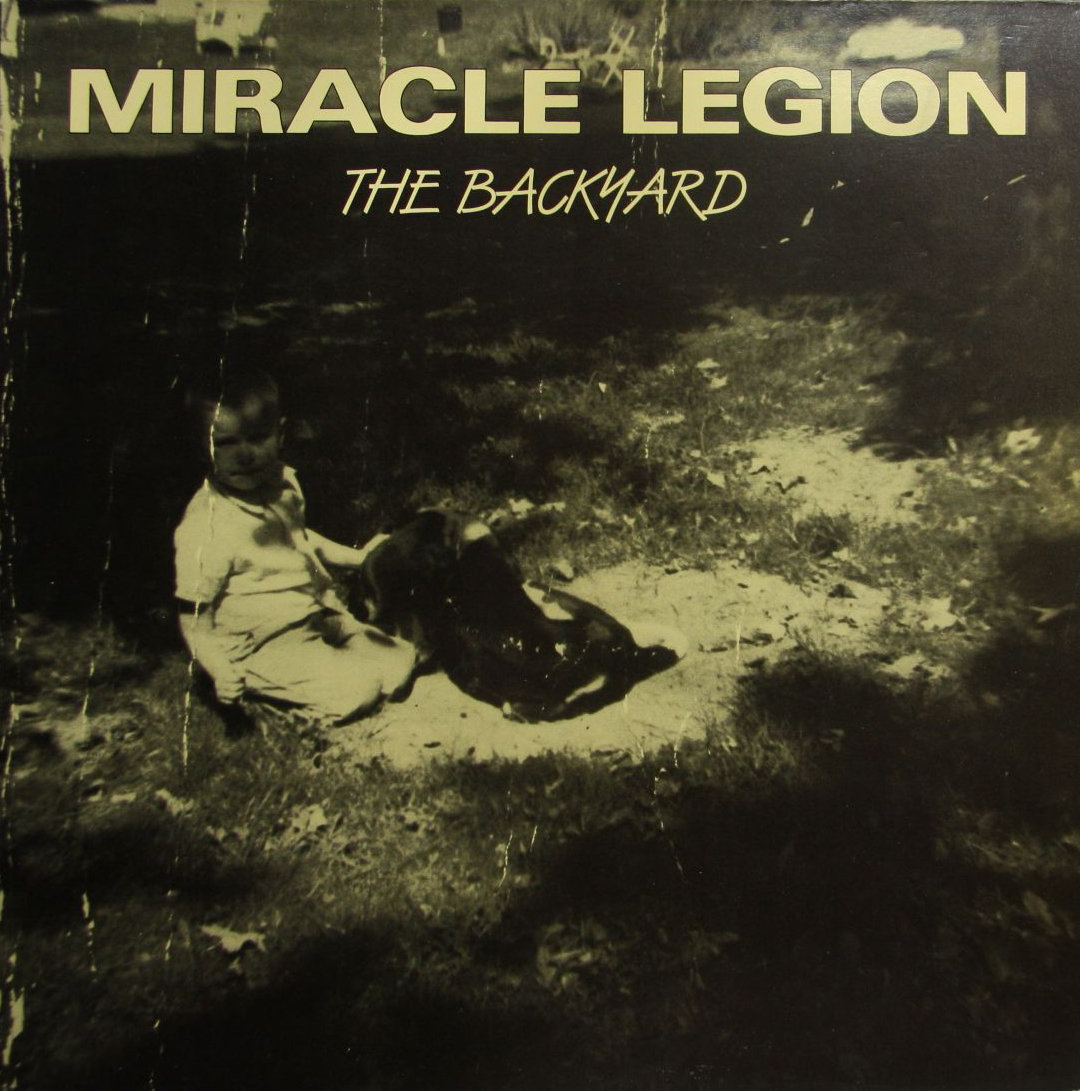 I took an instant liking to this song…a song about reminiscing about childhood. I started to explore their other music and found out that this 80’s alternative band was really good.

The lead singer Mark Mulcahy reminds me of Dan Stuart of Green on Red with a little Lou Reed thrown in…not a bad combination. They were on college radio in the 80s but were more popular in the north east and in the UK where  NME and Melody Maker wrote about them.

This song was on The Backyard that was the second release (6 song EP) by the band in 1984 on Rough Trade Records. After two more releases, their debut album, Surprise Surprise Surprise, from 1987 and 1988’s seven song EP, Glad, Mulcahy and Neal found themselves as the only two members remaining in the band.

Miracle Legion carried on as a duo, and they released their second full length album, Me And Mr. Ray in 1989. The band didn’t remain a duo for long, as drummer Scott Boutier and bassist Dave McCaffrey joined. With Boutier and McCaffrey on board, the band released their third album, 1992’s Drenched, but legal problems with their record company caused Neal to throw in the towel and leave the band. Miracle Legion, at least temporarily was broken up.

In 1996 their legal issues were resolved, the band released their album Portrait Of A Damaged Family until they regrouped in 2017 and released Annulment.

The Backyard was praised when it was released…from Melody Maker to the Trouser Press.

From Wiki: Drawing comparison to R.E.M., the record received much acclaim. Music critic Robert Christgau writing positively on Mulcahy’s lyrics says that they are of “dazzled childhood and yearning adolescence,” and likens the vocals to Loudon Wainwright III. The album has been called a “landmark” by Trouser Press, and calls the title track “sheer brilliance.”

I loved the days I spent with you
And I still have all you could offer
The backyard looks so empty now
Then I think of her, I think of her