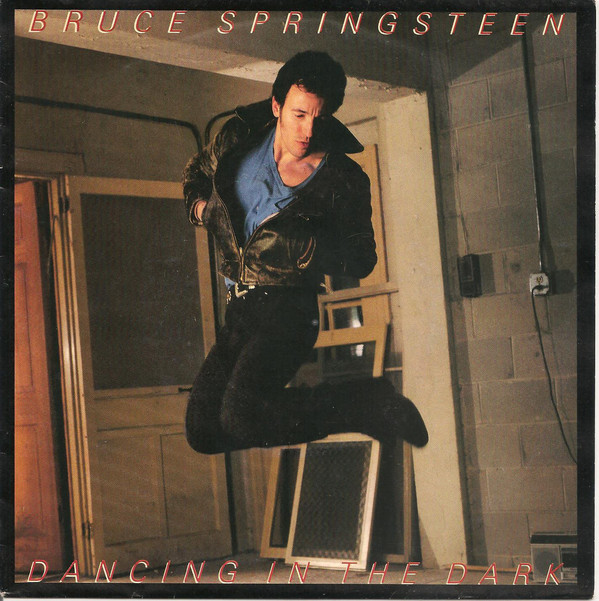 This song kicked off Brucemania in 1984. Born in the USA along with Thriller and Purple Rain ruled in the 80s.

This one is not my favorite off the album but I did like it. Considering the times it was the best sounding song to lead off with.  All together Born In The USA had 7 top ten singles….I didn’t know what to think at first…I liked this and Cover me but it was when the title track was released…that is when I was sold when I heard Springsteen sing Born in the U.S.A..

This was the last song written and recorded for the Born In The U.S.A.. His manager Jon Landau didn’t hear a lead off single from the album at the time and asked him to write something that could be that song. Bruce was not in the mood for hearing this…he said “Look, I’ve written 70 songs (he had written 70 songs for the album). You want another one, you write it.” After giving it a while he sat in his hotel room and wrote about himself at that time…about the isolation that fame had given him since The River.

The next day Landau had the song he was looking for…so  for the first time Bruce set out to make a video. It was directed by Brian DePalma, the video was filmed during Springsteen’s concert at the St. Paul Civic Center in Minnesota on June 29, 1984. Courtney Cox, who was planted in the audience, got the role of the adoring fan in the front row who gets to dance on stage with Bruce. Many Springsteen fans were upset that he didn’t get a true fan from the audience.

Springsteen did “Dancing In The Dark” midway through the show, so by that time he was warmed up and the crowd was worked into a frenzy. To get the shots, Springsteen did the song twice, with DePalma repositioning his cameras after the first take.

This song won Springsteen his first Grammy. In 1985, it got the award for Best Male Vocal… also in Rolling Stone reader’s poll, this was voted Single of the Year in 1985.

Springsteen wrote this about his difficulty writing a hit single and his frustration trying to write songs that will please people. His struggles pour out in the lyric, where he feels like a hired gun dying for some action. He even addresses an industry trope, which he surely heard many times before:

Ironically, the song was a hit single – the biggest of his career in terms of US chart position. (Although Manfred Mann’s cover of Springsteen’s “Blinded by the Light” made #1.)

Springsteen was doing just fine, with six successful albums in his discography and an unparalleled concert reputation. He had over 70 songs written for Born In The U.S.A., but Landau wanted a guaranteed hit to ensure superstar status for Springsteen. “Dancing In The Dark” provided just that spark; released as the first single (the only one issued ahead of the album), it started the fire that was Born In The U.S.A. Springsteen’s songs were soon all over the radio, and he found a whole new audience. Unlike many rock artists who are accused of selling out when they hit it huge, Springsteen’s star turn was welcomed (for the most part) by his faithful, who had spent many years spreading his gospel.

The video was Springsteen’s first to get heavy airplay on MTV, and it introduced him to a new, mostly younger audience. As for Cox, a few years later she landed a role on the sitcom Family Ties, and went on to star in the wildly popular TV series Friends.

The lyric is rather bleak, as Springsteen sings lines like, “Man I ain’t getting nowhere, I’m just living in a dump like this.” It doesn’t have a happy ending, but by the end of the song, he seems intent on taking some action, looking for just a tiny bit of inspiration to set him on his path – after all, you can’t start a fire without a spark.

By the last verse, there’s a touch of existentialism, as he puts things in perspective: “You can’t start a fire worrying about your little world falling apart.”

The deep, philosophical message was lost on most listeners who were entranced by the catchy beat (the video didn’t exactly push a deeper meaning either). Springsteen got a similar reaction to his song “Born In The U.S.A.,” where the message was lost in the music. That one bothered him, as the song is about the plight of a Vietnam veteran returning home to hostilities and disregard.

This song sent the Born In the U.S.A. album on a Thriller-like run of chart success, with the next six singles all reaching the US Top 10. The tally, in order of release:

The original concept for the music video was to have Springsteen literally dancing in the dark – shot against against a black background. Jeff Stein was the director, and Daniel Pearl, famous for his cinematography on “Every Breath You Take,” was the director of photography. Pearl and Springsteen got in a kerfuffle over how he should be shot, with Springsteen wanting a filter and Pearl insisting on hard lighting. Bruce walked out after a few takes, and ended up shooting the video with Brian DePalma. A few years later, despite his efforts to avoid Springsteen, Pearl found himself working on the “Human Touch” video. Pearl says that Springsteen apologized for the “Dancing In The Dark” debacle and asked to work with him again, as he realized Pearl was right about the lighting.

The single was released on May 3, 1984 and reached its US chart peak of #2 on June 30, which was before the video hit MTV. That week, “The Reflex” by Duran Duran held it out of the top spot; with MTV support, “Dancing In The Dark” looked like a sure bet for #1, but then Prince and his crying doves showed up, ruling MTV and the airwaves, and keeping Springsteen’s song at #2 for the next three weeks.

In 1985, Tina Turner performed this on her Private Dancer tour. Her version appears on the album Tina Turner – Live in Tokyo.

A rather intriguing cover of this song was by the group Big Daddy, who hit #21 UK with their version. The concept behind Big Daddy is that a band crash landed on an island while out on tour in the late ’50s or early ’60s, and when they were rescued in the early ’80s, tried to revive their career. Music had changed drastically by then, so they started covering ’80s music in the only style they knew how to play. The result is a kind of modern Pat Boone sound.

According to Rolling Stone, this is is the only Springsteen song that Bob Dylan ever covered, and he only did it once: at the club Toad’s Place in New Haven, Connecticut, on the night of January 12th, 1990. Dylan flubbed most of the words and the performance was so rough that most people in the audience didn’t seem to realize what song it was until the band hit the chorus.

Dancing In The Dark

I get up in the evening
and I ain’t got nothing to say
I come home in the morning
I go to bed feeling the same way
I ain’t nothing but tired
Man I’m just tired and bored with myself
Hey there baby, I could use just a little help

Message keeps getting clearer
radio’s on and I’m moving ’round the place
I check my look in the mirror
I want to change my clothes, my hair, my face
Man I ain’t getting nowhere
I’m just living in a dump like this
There’s something happening somewhere
baby I just know that there is

61 thoughts on “Bruce Springsteen – Dancing In The Dark”