This post is probably tilted a little more about the subject of the song than the song…I was interested in Edie when I was a teenager…she was an interesting and troubled person.

I watched the movie Ciao! Manhattan when I was around 15 years old. Her life was a mess and I started to read more about her. In the mid-sixties she was hanging out with Bob Dylan, Bob Neuwirth, Robbie Robertson and Andy Warhol. 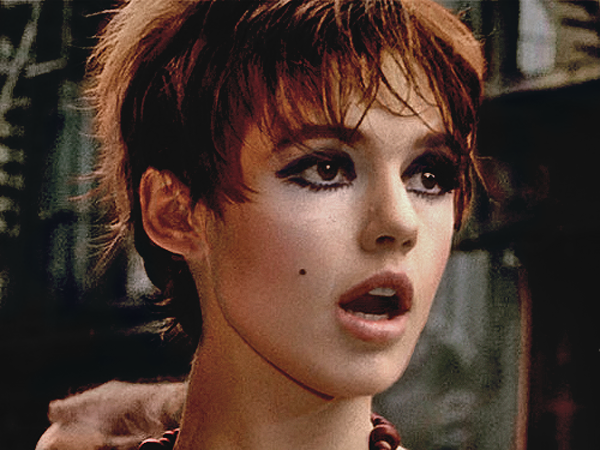 This song of course is about Edie Sedgwick, a socialite who formed part of the artist Andy Warhol’s Factory scene in New York in the ’60s. Sedgwick was featured in several underground Warhol films, including Poor Little Rich Girl and Beauty No. 2. She soon would break from Warhol and wanted to start a legitimate film career but that never really got off the ground.

Her final movie role was as Susan Superstar in Ciao! Manhattan, which was written and directed by John Palmer and David Weisman.

She lived a troubled life that was plagued by mental health issues and drug addictions. In 1971, Sedgwick died of an overdose. She was 28 years old. She was filming Ciao Manhattan when she died…they wrote that in the film.

The 2008 film, Factory Girl, starring Sienna Miller, is about Sedgwick.

The song was on the album Sonic Temple that peaked at #10 in the Billboard Album Charts, #2 in Canada,  and #3 in the UK Album Charts. 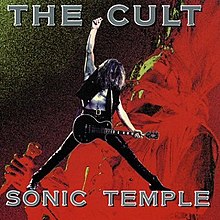 The Cult’s front man, Ian Astubury, became interested in Sedgwick while the band were recording their Electric album in New York: “It was kinda like I was really interested in Warhol’s scene, The Velvet Underground [who Warhol managed between 1965-1967], and really interested in Edie Sedgwick and just was compelled to write something about it.” Guitarist, Billy Duffy added: “Just being in New York you can get wrapped up in it. It’s a very special place. That’s just basically what the songs about. It’s not really about her particularly, it’s her used as an example.”

Sedgwick was quite a muse: she had a brief affair with Bob Dylan and his song “Just Like A Woman” is reportedly about her.

Always said you were a youthquaker, Edie
A stormy little world shaker
Oh, Warhol’s darling queen, Edie
An angel with a broken wing

The dogs lay at your feet, Edie
Oh, we caressed you cheek
Oh, stars wrapped in your hair, Edie
Life without a care
But your not there

Oh, caught up in an endless scene
Yeah, paradise a shattered dream
Oh, wired on the pills you took, Edie
Your innocence dripped blood, sweet child

The dogs lay at your feet, Edie
Oh, we caressed your cheek
Oh, stars wrapped in your hair
Oh, life without a care
Ciao baby

The dogs lay at your feet, Edie
Oh, we caressed your cheek, well
Stars wrapped in your hair
Life without a care yeah, yeah, yeah