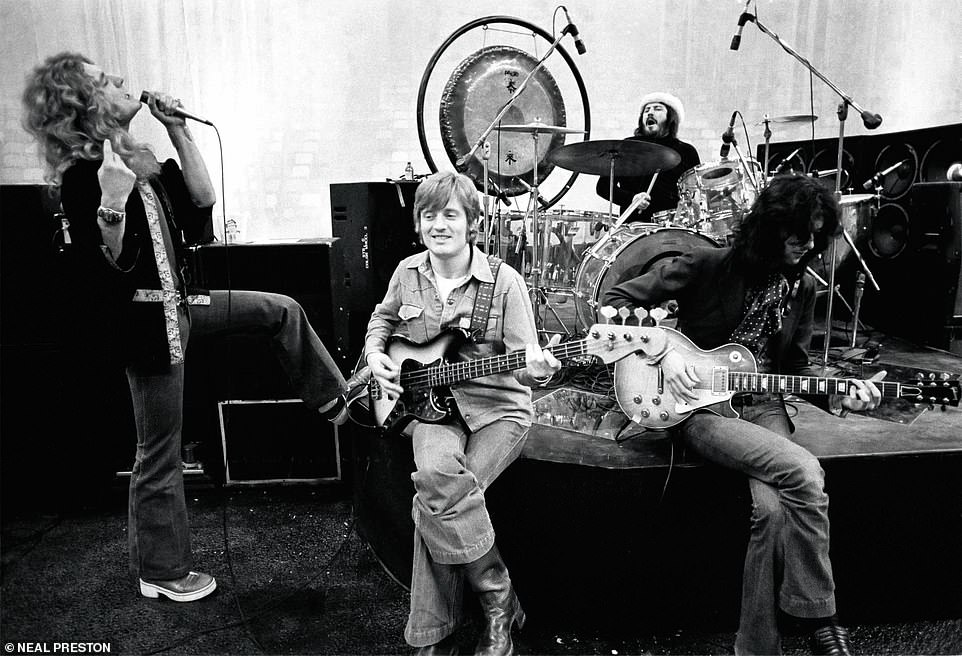 As with a lot of Zeppelin songs…it’s the riff…that riff is a beautiful thing. It’s not a complex one like Black Dog but it works.

Houses Of The Holy is the name of Led Zeppelin’s fifth album, released in 1973. This song was going to be on it, but they decided to hold it back and use it on their next album, Physical Graffiti. I never understood that…Page has said that the song didn’t fit with the Houses of the Holy album’s other songs.

The song supposedly refers to the spiritual feel of their concerts.

Despite being a fan favorite and about their shows, this was never performed live. For all you audiophiles out there…The squeak of John Bonham’s drum pedal can be heard about 3 minutes in.

The song was not released as a single… the album Physical Graffiti peaked at #1 in the Billboard Album Charts, Canada, and the UK in 1975. The song was written by Jimmy Page and Robert Plant.

Houses of the Holy

From the houses of the holy, we can watch the white doves go
From the door comes satan’s daughter, and it only goes to show, you know

There’s an angel on my shoulder, in my hand a sword of gold
Let me wander in your garden and the seeds of love I’ll sow you know

Said there ain’t no use in crying ’cause it will only, only drive you mad
Does it hurt to hear them lying?
Was this the only world you had? oh oh

So let me take you, take you to the movie
Can I take you, baby, to the show
Why don’t you let me be yours ever truly
Can I make your garden grow, you know

38 thoughts on “Led Zeppelin – Houses of the Holy”