Those crazy 70’s rock stars…a note left in red ink by no other than John Lennon.

This is a note from an upset John Lennon to Phil Spector. It seems that Keith Moon and Harry Nilsson supposedly…relieved themselves in the recording console in an unnamed studio. John was quite certain of that fact. The studio was threatening to evict them but John wasn’t having it. John didn’t date the note but it was from John Lennon’s “lost weekend” period between 73-75… the note sold for over $88,000.

This is what the note said.

Should you not yet know it was Harry and Keith who pissed on the console. Jerry now wants to evict us or that’s what Capitol tells us. Anyway tell him to bill Capitol for the damage if any. I can’t be expected to mind adult rock stars nor can May (Pang, Lennon’s personal assistant) besides she works for me not A+M. I’m about to p..s off to Record Plant (another recording studio) because of this crap.” 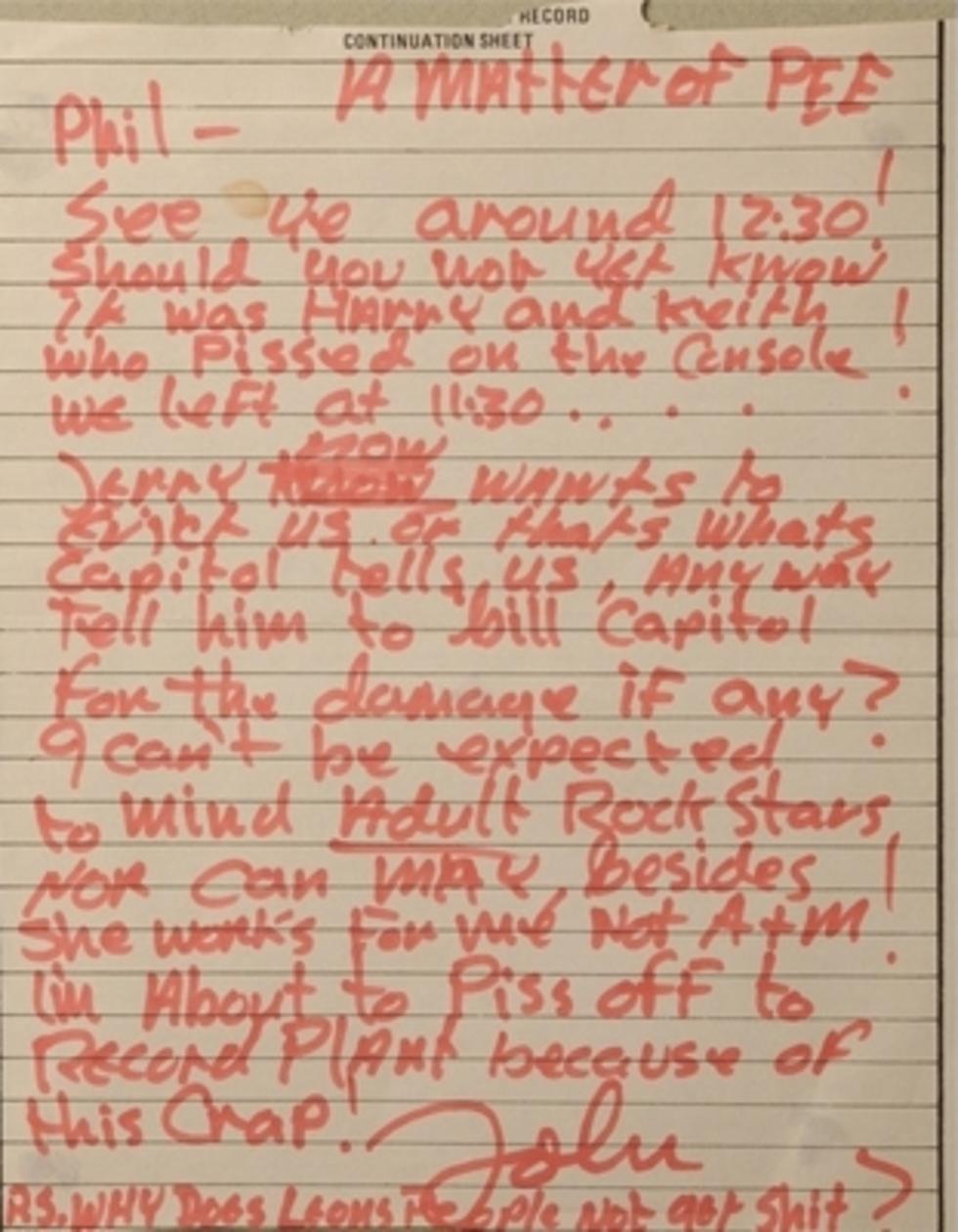 There are a million articles on this subject…here is one of the more complete ones.