Just think of the photographs snapped of Muhammad Ali and the Beatles. Put together they would reach the moon and back. Muhammad Ali was probably the most famous person in the world in the 20th century. Kids on remote islands in the middle of nowhere knew about Ali. The two were truly the greatest in their fields.

Muhammad Ali played with the idea of reuniting the Beatles in the 1970s.

The two culture icons would meet on February 18, 1964 right after the Beatles broke through America. The Beatles wanted to meet Sonny Liston because he was favored 7-1 to win the match between him and Ali but Sonny declined to meet them.

By all accounts, Ali had no idea who The Beatles were. But he welcomed the opportunity for some extra publicity with them. Although The Beatles fumed because the soon-to-be-new champ was late and kept them waiting, when he arrived he quickly broke the ice with his opening line, which has since been reported as either: “Hey, Beatles, let’s go make some money!”; or the equally memorable: “Hello there, Beatles! We oughta do some roadshows together. We’ll get rich!”

At one point, Ali used one of his favorite lines at the time, telling the Beatles: “You ain’t as dumb as you look!”

After a nervous silence…everyone started to laugh. Ali made up one of his rhymes.  “When Liston reads about The Beatles visiting me / He’ll get so mad, I’ll knock him out in three!” It actually took 6 rounds for Ali to win on February 25, 1964…Sonny wouldn’t return for the 7th.

Joel Sacher was attending the inauguration gala for President Jimmy Carter. He was there as a personal guest of Muhammad Ali, maybe the most recognizable man on the planet at the time. Ali and Sacher were meeting with one of the few men who was almost as recognizable Ali. They were talking to John Lennon and his wife Yoko Ono, and while the conversation included plenty of nostalgia about meeting the Beatles in Miami long ago.

Ali was armed with a proposal, one that was the brainchild of Sacher and a business associate that had the potential to stun the world. They wanted to reunite The Beatles.

In 1976 inventor Alan Amron and businessman Joel Sacher partnered with Ali to promote The International Committee to Reunite the Beatles. They asked fans worldwide to contribute a dollar each. Ali said the idea was to use the proceeds to establish an international agency to help poor children. “This is money to help people all over the world”, he said. He added, “I love the music. I used to train to their music.” He said a reunion of the Beatles “would make a lot of people happy.”  The  Beatles were indifferent to the plan. No reunion happened.

Here is a PDF of a newspaper article describing Ali’s plan. It was a nice gesture. Ali and the Beatles.pdf

The International Committee to Reunite the Beatles released a single called “Get Back Beatles” and it was released by singer-songwriter Gerald Kenny.

The Beatles turned down big-time money in the seventies and didn’t reunite. Personally, I’m happy they didn’t…no way could they have lived up to people’s expectations. 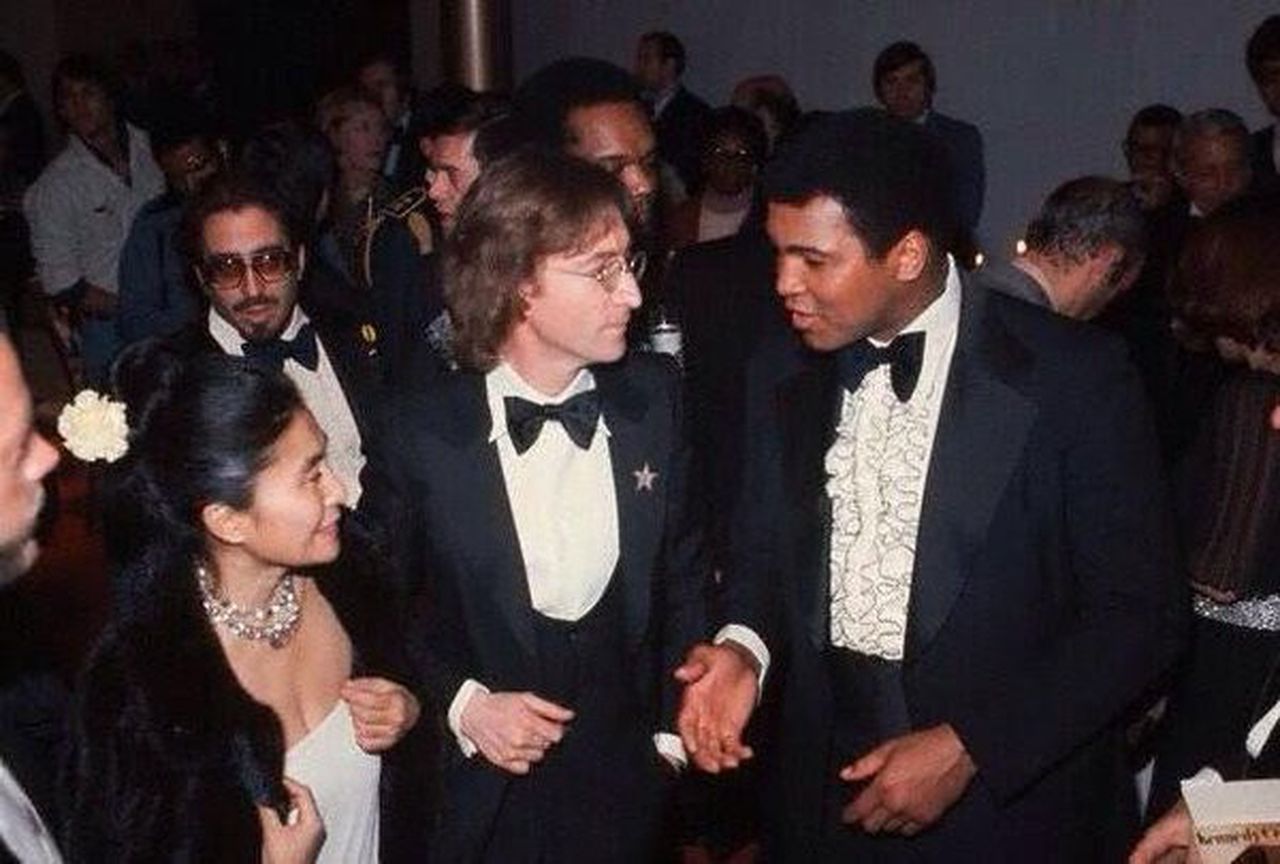 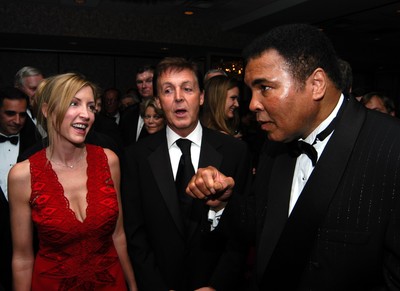 “I loved that man. He was great from the first day we met him in Miami, and on the numerous occasions when I ran into him over the years. Besides being the greatest boxer, he was a beautiful, gentle man with a great sense of humor who would often pull a pack of cards out of his pocket, no matter how posh the occasion, and do a card trick for you.

“I taught (Ali) everything he knew!” Starr said, before growing more – and less – serious. “That was a thrill, of course, and I was putting my money on Liston, so I really knew what was happening!”

21 thoughts on “Muhammad Ali and reuniting the Beatles”