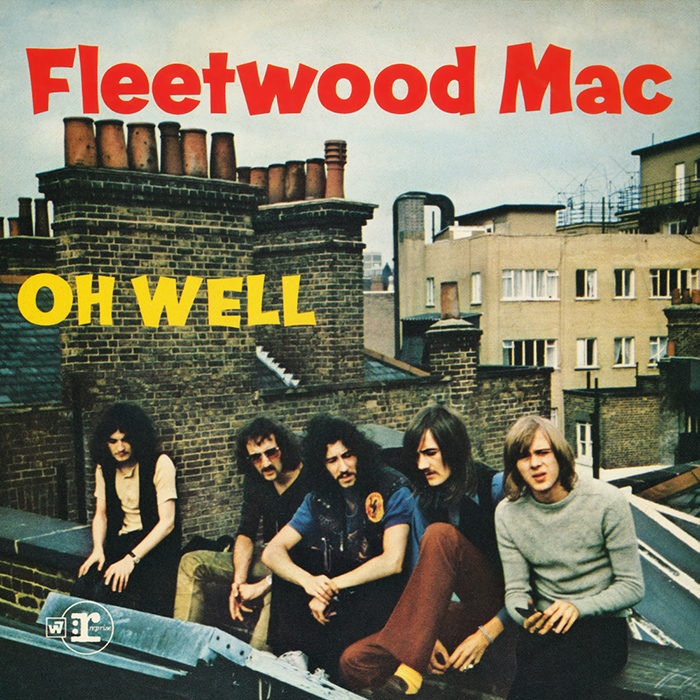 This song was from Fleetwood Mac…the 60’s version of the band with the great guitar player Peter Green. The song peaked at #55 in the Billboard 100 in 1970.

Fleetwood Mac was six years away from their Stevie Nicks/Lindsey Buckingham era when this song was released. The lineup on this track was Peter Green (vocals, guitar), John McVie (bass), Danny Kirwan (guitar), Mick Fleetwood (drums), and Jeremy Spencer (piano).

This is the only song that has been played in every decade of Fleetwood Mac, starting in the ’60s. When Mike Campbell of Tom Petty & the Heartbreakers joined the band in 2018, the song became a feature for him, and his only lead vocal in their set.

The single was released in two parts. Radio stations usually play the A-side, “Oh Well (part 1).” The B-side is “Oh Well (part 2),” an orchestral piece that sounds completely different. Both parts were written by Peter Green and go together on the album, but Green always thought the best part wasn’t played.

Peter Green: “The best bit was Part 2 on the other side of the record,” “You miss the best bit, the Spanish guitar break. The first side was what we played on stage. I didn’t think it would be a hit and I used to hate playing that one because we played the part that wasn’t as good. I wanted a bit of moody guitar playing. They wanted the bit that was easy to do, that everyone knew.”

At the time, Fleetwood Mac was a successful blues band known for their raucous stage shows. Their albums consistently sold about 300,000 copies and they were known as outstanding musicians. When Stevie Nicks and Lindsey Buckingham joined the band in 1974, they changed their sound and became one of the best-selling bands ever. Until then, “Oh Well” was the only Fleetwood Mac song that made the Hot 100 in America; they did have several UK hits in this era, including the #1 “Albatross.”

This was one of Peter Green’s last contributions to Fleetwood Mac. He was revered as one of the greatest guitarists and songwriters of the time, having replaced Eric Clapton in John Mayall’s Bluesbreakers before forming Fleetwood Mac in 1967. He became a high profile acid casualty in 1970 when he suffered a mental breakdown and left the band, devoting himself to religious practice and proclaiming money as evil. An oft-repeated tale has him entering his manager’s office with a shotgun, demanding that his royalty checks be discontinued.

Mick Fleetwood was sure this song would go nowhere. He bet Green that it would tank.

The stop and start technique inspired Led Zeppelin to do the same thing on “Black Dog.”

Jimmy Page and The Black Crowes released a version on their 2000 album Live At The Greek.

The original  with Peter Green

I can’t help about the shape I’m in
I can’t sing, I ain’t pretty and my legs are thin
But don’t ask me what I think of you
I might not give the answer that you want me to

Now, when I talked to God, I knew He’d understand
He said, “Stick by my side and I’ll be your guiding hand
But don’t ask me what I think of you
I might not give the answer that you want me to”
Ooh, well