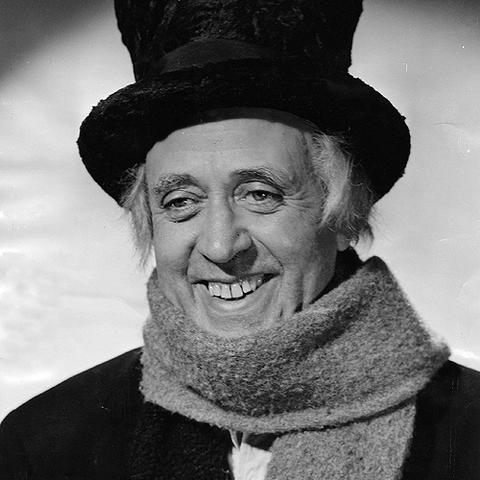 There have been many versions of this great story. This is the version that I like the most. The great Alastair Sim plays Ebenezer Scrooge and he is the reason I like this so much. When I think of the Scrooge… I think of him.

The movie is in black and white which turns some people off but it makes it that much better to me. The effects they use are obviously not CGI but they get the point across well and serve the story. I like the scene where the ghost of Jacob Marley is warning Ebenezer of being greedy…the two were not on the set at the same time…it looked really good for being 1951…or anytime for that matter.

So get some eggnog or hot butter rum and sit back and watch this great movie.

Ebenezer Scrooge (Alastair Sim) is a greedy businessman who thinks only of making money. For him, Christmas is, in his own words, a humbug. It has been seven years since his friend and partner, Jacob Marley (Sir Michael Hordern), died and on Christmas Eve. Marley’s ghost tells him he is to be visited during the night by three spirits. The Ghost of Christmas Past (Michael Dolan) revisits some of the main events in Scrooge’s life to date, including his unhappy childhood, his happy apprenticeship to Mr. Fezziwig (Roddy Hughes), who cared for his employees, and the end of his engagement to a pretty young woman due to a growing love of money. The Ghost of Christmas Present (Francis De Wolff) shows him how joyously is nephew Fred (Brian Worth) and his clerk, Bob Cratchit (Mervyn Johns), celebrate Christmas with those they love. The Ghost of Christmas Yet to Come (Czeslaw Konarski) shows him what he will leave behind after he is gone. Scrooge awakens on Christmas morning, a new man intent on doing good and celebrating the season with all of those around him.