It has been rumored that the Sid and Marty Krofft were inspired by hallucination drugs such as LSD. The brothers have always denied this claim. The title “Lid” is an old slang term for a hat, but by the 1970s the word “Lid” had taken on an entirely new meaning, namely as slang for an eighth of an ounce of pot. Whether they were or not…the shows they produced were NOT boring…they were very colorful and entertaining.

The show was conceived by Sid Krofft, who had a huge hat collection.  He thought one day…what if all of the hats had different personalities? Sid was also influenced by Lewis Carroll and it is obvious.

The plot is: A boy (Mark), the original Eddie Munster, Butch Patrick falls down a large top hat at an amusement park and ends up in a land of Hats…there was also a genie named Weenie (Billy Hayes)…who played Witchiepoo in HR Pufnstuf. The bad guy was Charles Nelson Reilly the magician and he would go around zapping people. The seventeen episodes they made revolved around Mark’s attempts to return to the real world as Hoo Doo made life miserable for him and the good hat people.

It has a similar plotline as the more famous HR Pufnstuf…I remember the reruns through the seventies and I always hoped Mark would get out of Lidsville and back home…of course not knowing they made only 17 episodes…kinda like wanting Gilligan to get off that island. 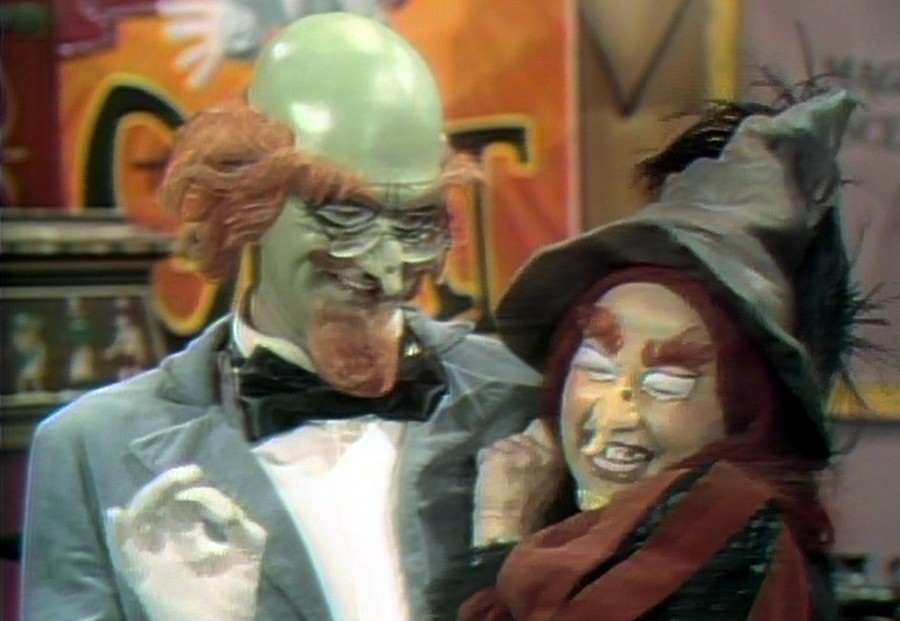