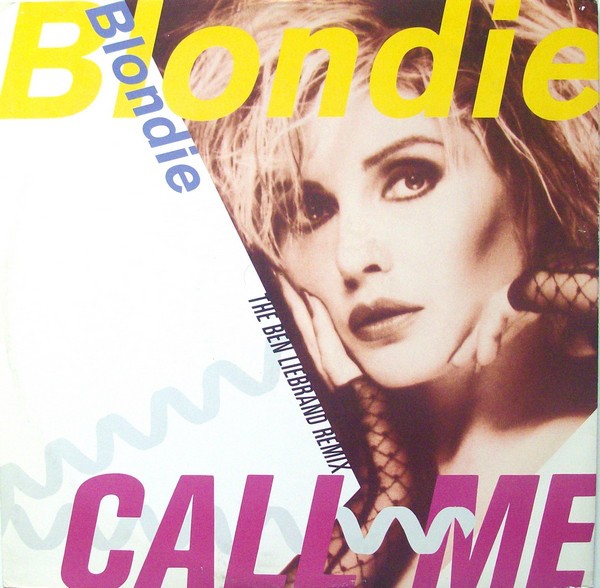 Blondie only had 10 songs in the top 100 but they made the best of it. Out of those 10 songs were four number one hits. This song was made for the American Gigolo movie.

Call Me was written for Stevie Nicks to sing, I just can’t see Stevie pulling this off with the force that Debbie did. This was the most successful of all Blondie singles in the US, where it was the best-selling single of 1980.

European disco producer Giorgio Moroder wrote this with Blondie lead singer Debbie Harry, who became the first woman in British chart history to write three #1 hits. However, she wasn’t Moroder’s first choice. Moroder had originally wanted Stevie Nicks to provide vocals on the track but the Fleetwood Mac vocalist declined the offer. Debbie wrote most of the lyrics with Moroder.

Chris Stein, Blondie’s guitarist said that some of Moroder’s lyrics were sexually blatant and when Debbie started to rewrite it…she was much more subtle. The song was released on the American Gigolo soundtrack. In 2001 the song was included as a bonus track on the Autoamerican release.

This song is about a prostitute. It was written for the film American Gigolo, where it plays in a scene where the lead character is “working.”

In 2002, The Box Tops recorded this for the compilation album When Pigs Fly: Songs You Never Thought You’d Hear. Cevin Soling, who was executive producer on the album, explains: “I got the Box Tops back together again, and that was a blast. That was so much fun working with the Box Tops. Especially with Alex Chilton there singing. I didn’t produce that. I was in the studio, but the producer on that one was a buy named Benji King, who was the keyboard player for the band Scandal. That studio experience was pretty funny, because he’s so full of energy. He’s always excited and always really into things. The Box Tops are each one degree more laid back to the next. Coming from the South, they’re all kind of very chill. Until you get to Alex Chilton, who’s practically catatonic. And so you have that contrast.”

This song was covered by the heavy metal band In This Moment on their 2008 album, The Dream.

Giorgio Moroder told Billboard magazine that his difficult experience of recording this song with Blondie taught him not to work with rock bands. “There were always fights,” he recalled. “I was supposed to do an album with them after that. We went to the studio, and the guitarist was fighting with the keyboard player. I called their manager and quit.”

Cover me with kisses, baby
Cover me with love
Roll me in designer sheets
I’ll never get enough
Emotions come, I don’t know why
Cover up love’s alibi