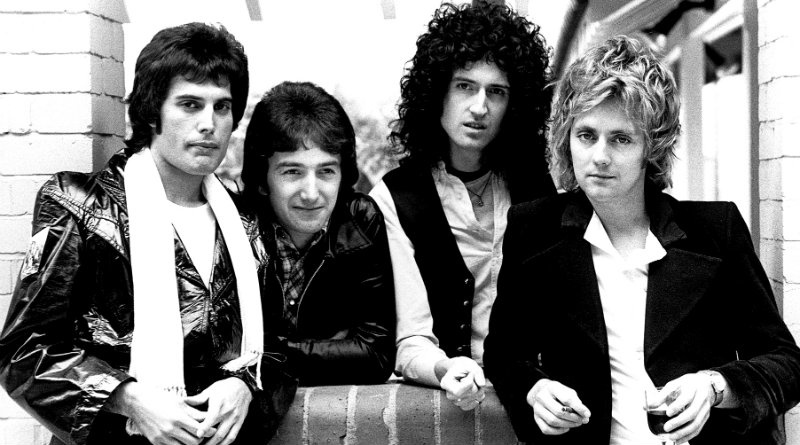 I don’t want to be a candidate for, Vietnam or Watergate, ‘Cause all I wanna do is
Bicycle (yeah) bicycle (eh) bicycle, I want to ride my bicycle bicycle (c’mon) bicycle

Watergate will do for this one to count. I thought we would have a fun one today…

This song is off the wall and I’ve always liked it. Queen does what they do best…go over the top.

I remember when I first heard this song. I was around 11 and I got a giggle out of it. Somewhere (probably Rolling Stone Magazine…when they were still good) I read about the promo video of this song and as an eleven-year-old boy…I thought it was the coolest promo idea ever.

Queen staged a bicycle race around Wimbledon stadium in England to promote the single. Sixty-five professional models were hired to race nude, with special effects hiding the nudity in the original video… a photo from the race was used on the cover of the single and images from the race were used for the video…ahhh the 1970s.

Freddie wrote this song and although he sang “I don’t like Star Wars” Brian May said he was a big Star Wars fan.

Freddie Mercury wrote this in France after watching the Tour de France bicycle race ride by his hotel. The band was recording Jazz in the French countryside mainly as a tax break – Roger Taylor claimed in the Days of our Lives documentary that they were being taxed as much as 98% on royalties on previous albums, hence why they defected to France and later Montreux in Switzerland to record future albums.

Wherever Queen played, bicycle shops sold out of bells bought by fans who brought them to the show to ring them during this song.

Queen rented 65 bicycles for the race. In a possibly apocryphal but often-repeated story, when the rental company found out what they were used for, they refused to take the bikes back unless the band paid for new seats.

The album contained a poster of the women in the bicycle race. It was left out of some copies for stores that did not want to carry it, but fans could mail order the poster if they desired. A bikini bottom was digitally added to the cover of the single, and on some US releases a bra was also added.

At a 1978 concert in Madison Square Garden, Queen re-created the video by having women with very little clothing ride bicycles around the stage.

Queen had a lot of success the year before with another double A-side, “We Will Rock You” and “We Are The Champions.”

Be Your Own Pet covered this for the 2005 Queen tribute album Killer Queen.

The song features surprisingly complex instrumentation, and the Jazz album as a whole perhaps represents the apex of Queen’s experimentation. It features an imaginative solo played exclusively on bicycle bells, unusual chord progressions, shifts in time signature (from 4/4 to 6/8) and a whole host of pop culture references in the lyrics, including mentions of religion, the Watergate scandal, drugs, Jaws, Star Wars and Frankenstein.