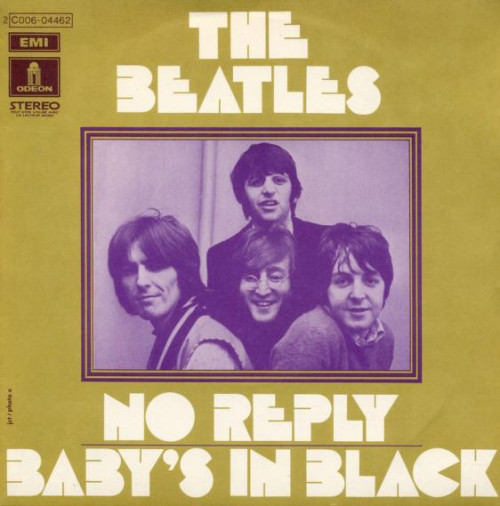 This song was written by John and Paul together. Baby’s In Black sounded different than most of their other songs at the time. The song was in 6/8 time similar to a Waltz and most Beatle songs to that point were in 4/4 time. The song was on the Beatles for Sale album. The album peaked at #1 in the UK and was taken apart for the American market with 8 of the 14 tracks released on Beatles 65 which peaked at #1 in 1965.

The song took a different approach. Baby’s In Black is about a man who is pursuing a woman, but the woman doesn’t return the interest because she is still in mourning for her previous lover, and the reason she always dresses in black.

I’ve always liked the song because it mixes different musical styles into one. The subject matter is also not a typical boy and girl love song.

Paul McCartney: “We got more and more free to get into ourselves,” McCartney remembers. “Our student selves rather than ‘we must please the girls and make money,’ which is all that ‘From Me To You,’ ‘Thank You Girl,’ P.S. I Love You’ is about…We wanted to write something a little bit darker, bluesy, the title’s dark anyway…more grown up rather than just straight pop. It was more ‘baby’s in black’ as in mourning. Our favorite color was black, as well.”

For an in-depth look at this song musically…. http://www.icce.rug.nl/~soundscapes/DATABASES/AWP/bib.shtml

The depressing subject matter is hidden by the upbeat music.

There is speculation that the song was written about mourning the loss of Stuart Sutcliffe after he died of a sudden brain hemorrhage. The song was a 50/50 effort by both Lennon and McCartney but started by Lennon as a response to his own mourning process (which he never really got over). The “baby in black” would be photographer Astrid Kirchherr, who dated Sutcliffe before he died.

This is one of several Beatles songs with a dual melody line – “If I Fell” is another. McCartney and Lennon sang into the same microphone, making it hard to distinguish which is the main melody line. Sheet music of the song usually displays both.

This was the first 50/50 Lennon/McCartney song written since “I Want To Hold Your Hand” a year earlier. They wrote it together sitting practically nose to nose at John’s Kenwood Estate.

Oh how long will it take
Till she sees the mistake
She has made?
Dear what can I do?
Baby’s in black
And I’m feeling blue
Tell me, oh what can I do?