When I would go skating, the best part was playing all of the pinball machines. I’ve always favored them over the video games at arcades because they were machines instead of a screen. Some took some skill and bumping the machine a little but not too much to tilt. I remember Baseball pinball machines, Elton John model, KISS model, The Who Pinball Wizard model, and many bicentennial models.

The start of the pinball machine started in the 19th century with a  “Bagatelle-Table”,
a sort of hybrid between a “pin table” and pool table. Players tried to hit balls with cue sticks and get them into pockets or slots surrounded by nails and pins. Another step towards the modern pinball form occurred sometime at the end of 19th century when inventor Montague Redgrave patented a device called a “ball shooter”, which was based on the recently invented steel spring. The first coin-operated “pinball machine” was invented in 1931 by Automatic Industries and was called “Whiffle Board”. But the gaming industry really began in the mid-1930’s with the production of a game called “Ballyhoo”. It was invented by one Raymond Maloney, who later started the Bally Manufacturing Company of Chicago, IL. 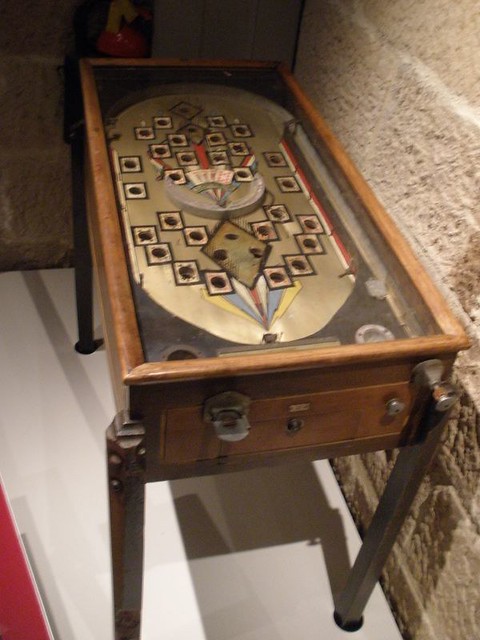 Pinball machines really grew in popularity after World War II. The ten year period of 1948-58 is referred to by some as the “Golden Age” of pinball, due to the invention of flippers in 1947 by the D. Gottlieb Co. in a game called “Humpty Dumpty”, and was one of the main reasons for the renewed interest in pinball machines at the time. Humpty Dumpty was the very first pinball machine with flippers! 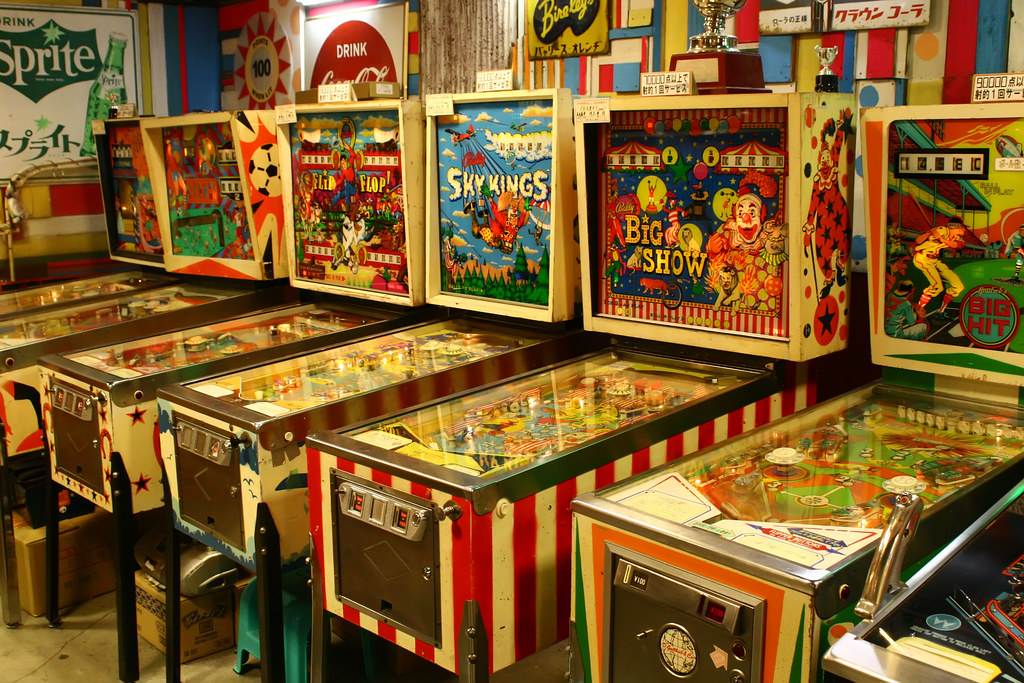 I didn’t know they had a Beatle pinball machine. 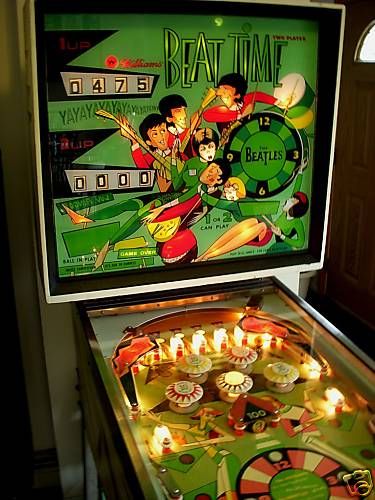 I have to close this out… with what else?