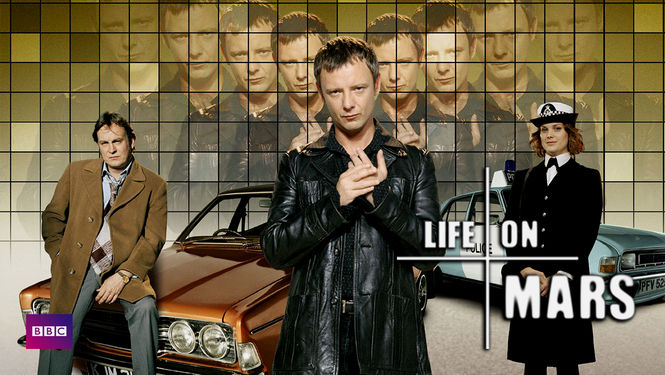 2006 Life on Mars is simply great. Now I’m talking about the BBC original version… NOT the American version. Sometimes I wonder why instead of remaking a series as great as this… why not just show the superior British version in America in prime time? Do they think that it would be impossible for people to understand British accents? Why remake something that is inferior to the original?

The plot is a cop (Sam Tyler) in 2006 gets hit by a car and wakes up in 1973…he doesn’t know if he has traveled through time, going mad or in a coma. When he wakes he is a cop in 1973 and has to deal with a non PC world that is vastly different from where he just came from… People do things with feel more than data gathering etc.

Great characters and stories make this the best show of the 2000’s to me. It only lasts 16 episodes and all of them are top notch. This show did have a spinoff… Ashes to Ashes…basically the same story above but with a female detective going back in the 1980s but she does meet most of the same characters except Sam. Ashes to Ashes does have its moments and it does wrap up all the reasons for  Life On Mars….but it doesn’t top it.

Almost better than the series is the soundtrack…. Performers from Atomic Rooster to David Bowie. A few songs that caught me by surprise that I thought how have I missed these all of my life?