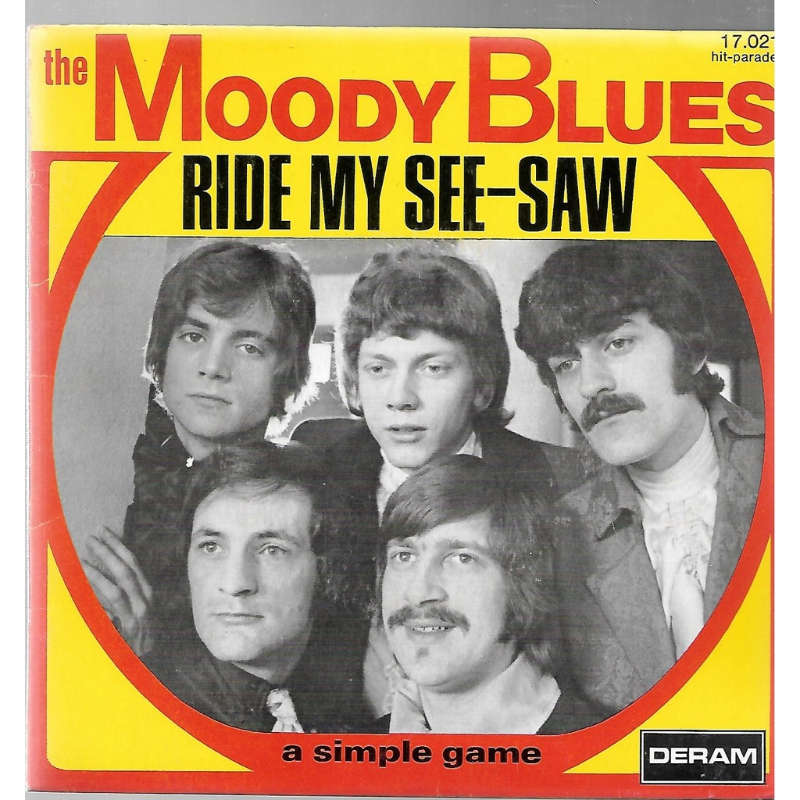 “The song is really about growing up. It’s about what you learn at school and everything else…it’s pretty cool. But when you grow up and go into the real world, you can’t take that with you. You need to see what’s happening in the real world, and whatever you learned in life up until that time, it will give you a nice grounding so you can find your way in life. It’s really important that you’re aware of the world and what’s actually happening in it, and to try to relate to that. “Ride My See-Saw” is the fact that you’re going up and down—you learn a bit and you lose a bit. That’s what this song is about.”

“Ride My See-Saw” was written by John Lodge, bass player for The Moody Blues. It was one of two singles from their In Search of the Lost Chord album. The B-side of the single was “A Simple Game” in the UK “Voices In The Sky” in the US.

“Ride My See-Saw” has become one of the band’s most popular live tunes. It is the song regularly reserved for the finale performance in stage shows, with a lengthy keyboard and drum duet before the rest of the band comes out onstage for the encore.

This song was one of the first single releases to be recorded on 8-track multi-track tape.

In Search of the Lost Chord is a concept album around a broad theme of quest and discovery. This song found the Moodies exploring knowledge in a changing world.

Ride, ride my see-saw,
Take this place
On this trip
Just for me.

Ride, take a free ride,
Take my place
Have my seat
It’s for free.

I worked like a slave for years,
Sweat so hard just to end my fears.
Not to end my life a poor man,
But by now, I know I should have run.

Run, run my last race,
Take my place
Have this number
Of mine.

Run, run like a fire,
Don’t you run in
In the lanes
Run for time.

Left school with a first class pass,
Started work but as second class.
School taught one and one is two.
But right now, that answer just ain’t true.

My world is spinning around,
Everything is lost that I found.
People run, come ride with me,
Let’s find another place that’s free.

Ride, ride my see-saw,
Take this place
On this trip
Just for me.

Ride, take a free ride,
Take my place
Have my seat
It’s for free.