I bought this book thinking it was going to be another Grateful Dead history book by a roadie and manager. I was wrong on that account. Parish had no desire to retell what’s been told in so many books. It was more of his story and the brotherhood shared with the roadies and band. Yes…it is a book about sex, drugs, and rock and roll…make no mistake about that…but around the Dead things were different.

Parish’s story is worth hearing. How he worked himself up from a roadie working for free…to a paid roadie with this traveling circus of a band. After years of adventure, Garcia appointed him manager of the Jerry Garcia Band while also working as a roadie for them and The Grateful Dead. He was one of Jerry’s most trusted friends to the end.

He goes into all the members of the Dead…past and present and the members of that wild road crew. He got along with the band really well except for one…for a while anyway. Like I said at the beginning yes there was drink, drugs, and sex but these guys did work hard. The roadies would have at times, 16-20 hour days, especially in the 70s. At the time it was easy to see how drugs slipped into their world. What was amazing is how all of them cared about each other and wanted the best show possible for the band. That crew wielded an exceptional amount of power and influence. It’s safe to say more than any other road crew at that time and probably ever.

After driving all day and all night, Parish was in an accident while riding in the equipment truck in Texas. It’s a miracle no one wasn’t killed. Phil Lesh, the bass player for the Dead, pulled him aside later that night and told him he was relieved no one died and this would not happen again. Phil told him it was not worth this so they started to have regular drivers for the trucks so the roadies didn’t have to drive plus setup everything.

Parish also tells us of the tragedies through the years and the friends they lost. He also had an extremely large personal loss in the 80s but the band rallied around him and helped him through it. He also goes into detail about how the Hells Angels played a part in their world. I never knew how close they were to the roadies and a few members of the band.

He also talked about the Wall Of Sound. A giant PA system that Owsley Stanley designed. The wall was impressive to look at as well to listen to. It was created to prevent feedback and distortion. It took four semi-trailers and 21 crew members were required to haul and set up the 75-ton Wall. The sound had a reach of a quarter of a mile. It stood 3 stories high…just think of the work it took for the crew to set it up and take it down nightly. Some specs from wiki: 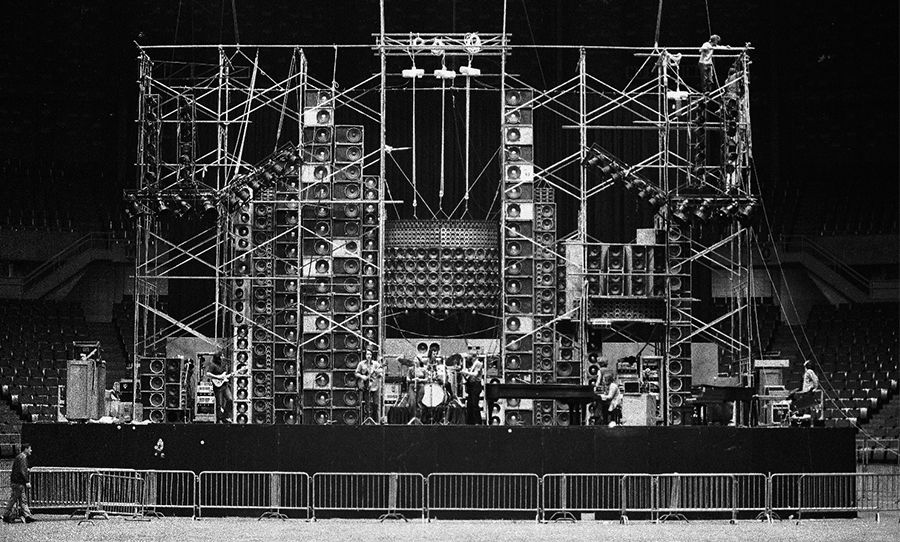 Here is some grainy footage of the wall.

All in all…if you like rock and roll books…this one is really interesting.