This is one of the first Queen songs I heard. I saw Queen’s popularity in America peak in with The Game. You couldn’t go anywhere without hearing Another One Bites the Dust. After that album, I didn’t hear as much from there here.  Now they are peaking again after the Bohemian Rhapsody movie.

Killer Queen was their first song to chart outside their native UK, where “Seven Seas of Rhye,” from their previous album Queen II. Their breakthrough to superstardom came with their next album, A Night At The Opera, which has the epic Bohemian Rhapsody.

The Sheer Heart Attack album cover was shot by Mick Rock, who did the famous cover of their previous album, Queen II. Freddie Mercury typically drove the visual direction of the band, but it was drummer Roger Taylor who came up with the concept for the Sheer Heart Attack cover.

Roger Taylor wanted them to look like they had been thrown up from a shipwreck on some distant shore,’ so that’s what ick Rock shot. He said they were soaking wet with a lot of spraying going on. 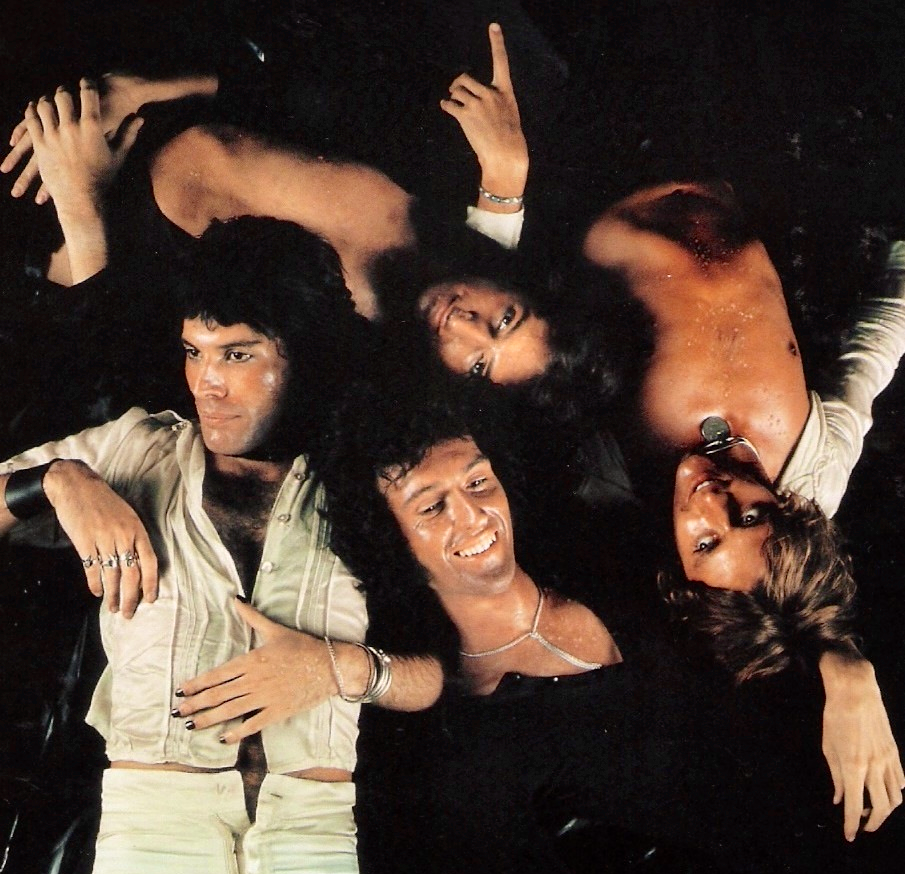 Freddie Mercury :  “It’s about a high class call girl. I’m trying to say that classy people can be whores as well. That’s what the song is about, though I’d prefer people to put their interpretation upon it – to read into it what they like.”

Brian May: “This is a perfect pop record and one of Freddie’s greatest songs. It’s beautifully constructed and it’s also got one of the solos I’m most proud of.”
“Every slice of that record is pure pop perfection. Little things that visit once and come again, like the little bell in the second verse.”

The Marie Antoinette quote has gone down in history as justification for the French Revolution. It demonstrates how out of touch with the common folk the ruling class had become. According to legend, when informed that there was no bread for the people to eat, she replied, oblivious, “then let them eat cake!” It is said, that enraged by this incredibly ignorant response, the people revolted. In the song, it is used to demonstrate at what level this high priced prostitute sells her wares.

This was one of the first songs recorded at The Quadrangle, a studio opened at the Rockfield Studios complex in Wales in 1973. The following year, Queen recorded much of their Sheer Heart Attack album at Rockfield, and in 1975 they did the bulk of “Bohemian Rhapsody” there.

In Ben Elton’s musical We Will Rock You, Killer Queen is an evil matriarch who controls the music industry.
Nevertheless, he was a little reticent at first about releasing it: “I was a little hesitant; I was thinking are we setting ourselves as something very light?” He relates this back to how initially the band were very heavy and rock-orientated, and “Killer Queen” was a major departure from that sound.

Californian pop princess Katy Perry named one of her fragrances after this tune. She told Women’s Wear Daily the song’s lyrics really spoke to her when she was a teenager. “Killer Queen has been in my vocabulary since I was 15,” Perry said. “Freddie Mercury painted the lyrics of this woman who I wanted to be. She seemed very powerful, and she captivated a room when she walked in.”

This song was covered by Sum 41 for the 2005 Queen tribute album Killer Queen.

In the video game Guitar Hero 3, one of the unlockable guitars called the “Card Sharp Special” can have a finish called “Killer Queen.” In the description it says: ” Something about dynamite and laser beams? what’s that all about? and who am I to deny it?”, which is a reference to the song lyrics.

She keeps her Moet et Chandon
In her pretty cabinet
“Let them eat cake”, she says
Just like Marie Antoinette
A built-in remedy
For Kruschev and Kennedy
At anytime an invitation
You can’t decline

Recommended at the price
Insatiable an appetite
Wanna try?

Drop of a hat she’s as willing as
Playful as a pussy cat
Then momentarily out of action
Temporarily out of gas
To absolutely drive you wild, wild
She’s all out to get you

Recommended at the price
Insatiable an appetite
Wanna try?
You wanna try