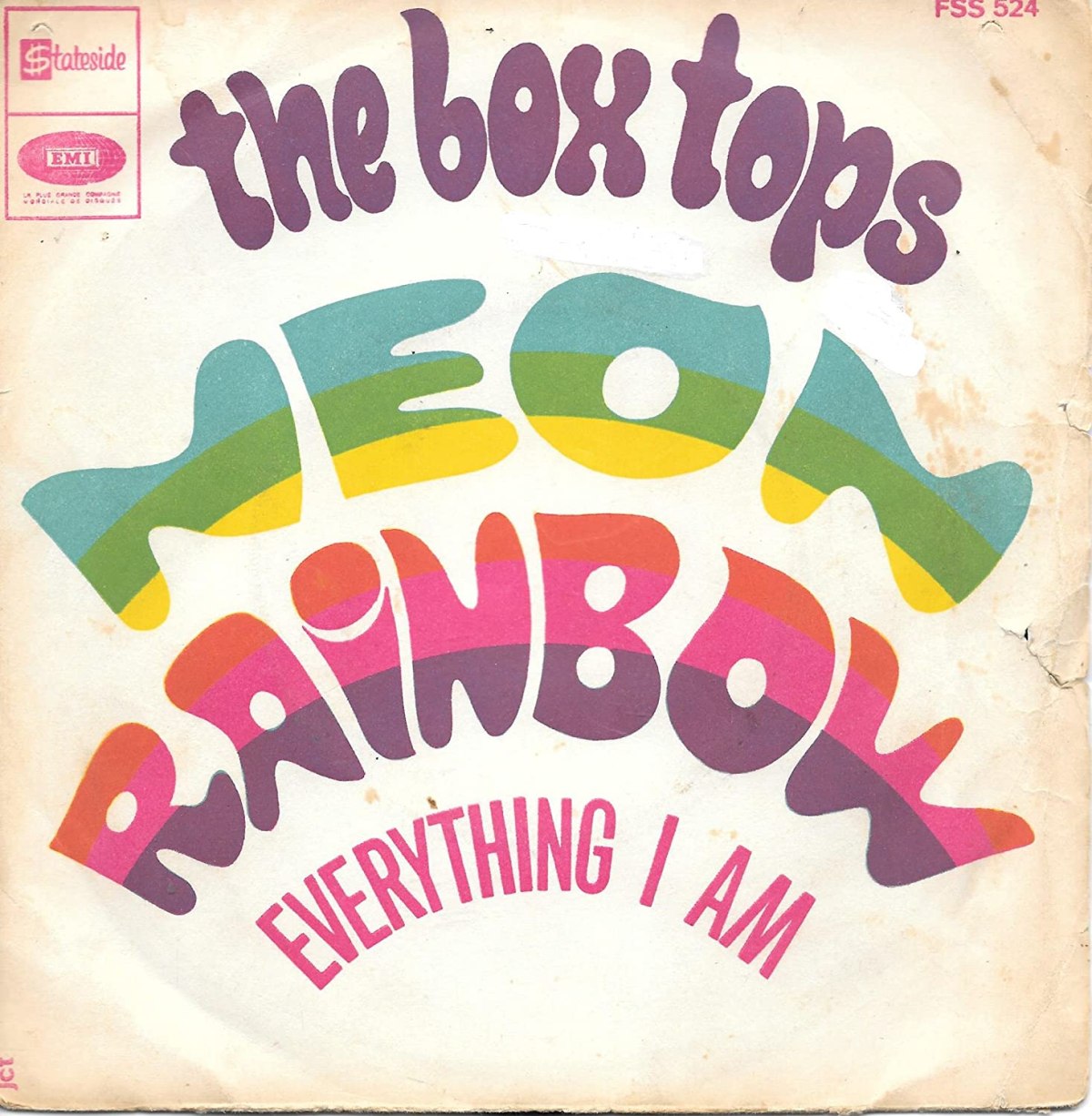 When you think of the Box Tops you think of The Letter, Cry Like A Baby, Soul Deep, and this one…which wasn’t as well known but it was their attempt at psychedelia.

The song was written by Wayne Carson Thompson and released in 1967. The track is featured on The Letter/Neon Rainbow. The song peaked at #24 in the Billboard 100 and #17 in Canada.

In 1970 Alex Chilton would walk away from the Box Tops. He lived in New York for a while after that and then moved to Memphis and joined Chris Bell’s band Big Star.

***Personal Story I’ve told in a post when I started: A bizarre personal story…a one in a million shot…Back in the 90s, I was trying to call a musician that was recommended but I dialed a wrong number and talked to Gary Talley the guitar player for the Box Tops for a good 45 minutes. He laughed and told me that I at least reached a guitar player but in Nashville, my odds were good getting one with any number. He was really cool and we talked about guitars and his touring etc… He was giving guitar lessons at the time.  He told me that other people have called him looking for Garry Tallent the bass player for Bruce Springsteen.

Talley recorded, wrote,  and toured with some of the best country musicians around.

Willie Nelson, Tammy Wynette, Waylon Jennings, Sam Moore (of the duo Sam and Dave), and others. He has written songs recorded by Keith Whitley…and many more.

Gary if you are reading…thanks for the encouragement and the tips.

The city lights, the pretty lights
They can warm the coldest nights
All the people going places
Smiling with electric faces
What they find the glow erases
And what they loose the glow replaces, and life is love

Moving lines, flashing signs
Blinking faster than the minds
Leading people with suggestions
Leaving no unanswered questions
You can live without direction
And it don’t hav’ to be perfection, and life is love

City lights, the pretty lights
They can warm the coldest nights
All the people going places
Smiling with the electric faces
What they find the glow erases
And what they loose the glow replaces, and life is love