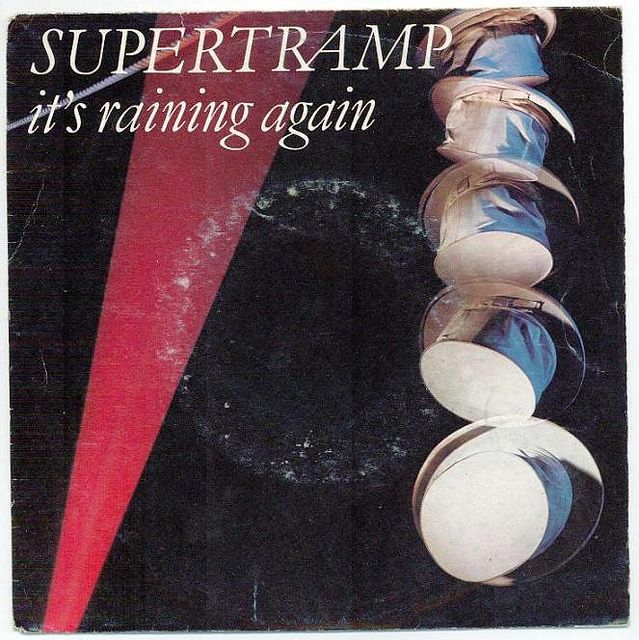 I heard this song in Jr High and couldn’t help but like it. It has a very good melody and is a really good pop song.

The song was written by Rick Davies and Roger Hodgson and was on the album Famous Last Words in 1982. The album peaked at #5 in the Billboard album charts, #1 in Canada, and #6 in the UK in 1982.

At the end of the song they repeat a nursery rhyme called “It’s Raining, It’s Pouring”.

Roger Hodgson: I wrote It’s Raining Again on a day when I was feeling sad because I’d lost a friend. I was in England looking outside the window and it was pouring rain and literally, the song came to me. I started playing these chords on this pump organ and I just started singing It’s Raining Again.

The first version of it was much slower and more melancholy and then when I recorded it with Supertramp I decided to increase the tempo and it was more upbeat. So it’s another of my songs with a sad lyric set to up upbeat melody.

The five members of Supertramp all appear in the video. At the beginning, John Helliwell is a street musician playing an alto saxophone. Before the first chorus, Dougie Thomson appears as the bus driver (this was the last filmed video where Thomson would appear with his then trademark moustache and beard). Hodgson plays the guitar-playing bus passenger. Lastly, Rick Davies and Bob Siebenberg play the two pickup truck rednecks.