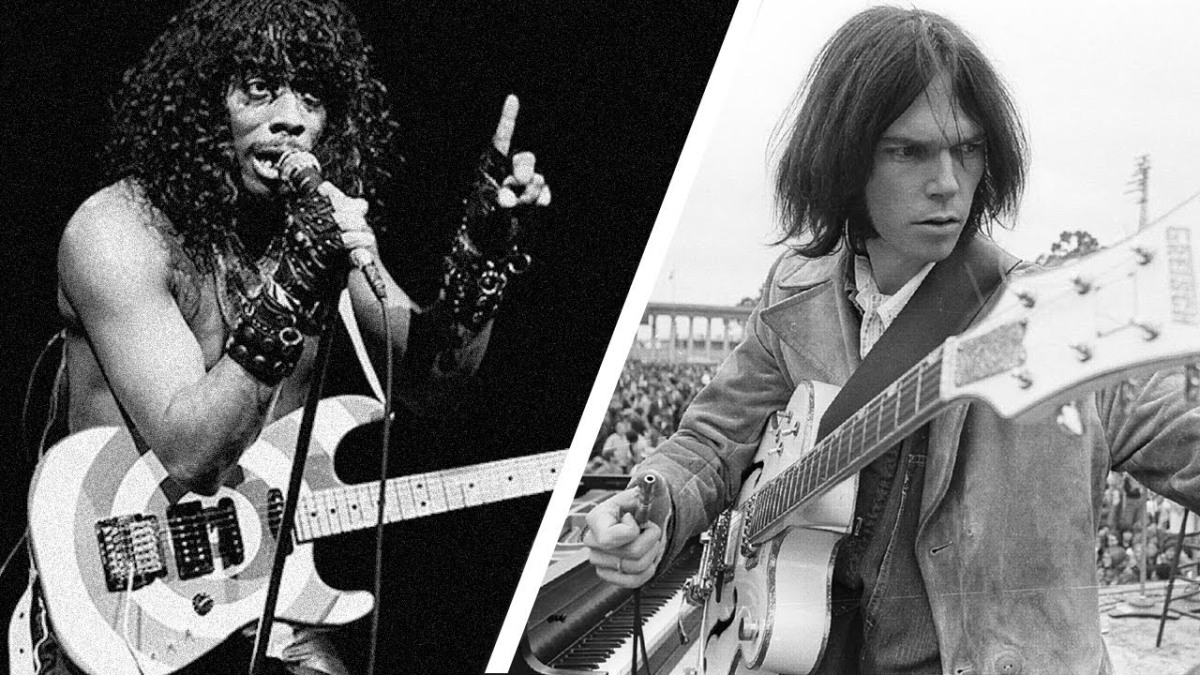 They were the first mostly white band signed to Motown Records in 1966. So who was the band’s lead singer? A young AWOL American sailor who went by the name of Ricky James Matthews, later Rick James. On lead guitar you had Canadian Neil Young.

Canadian rocker Neil Merryweather was also an earlier member of the band.

Neil joined in 1965 and Neil and James wrote some songs together and they were recorded…but the band’s manager apparently misappropriated their advance money from Motown and they fired the manager. In return, the manager informed Motown that the band’s singer was AWOL from the Navy. Rick James was taken into custody and incarcerated by the Navy. “It’s My Time” remained unreleased, and Motown scrapped plans for a Mynah Birds album.

The music was not released until the single was included in the 2006 box set The Complete Motown Singles, Vol. 6: 1966

Neil and Bruce bought a hearse…yes a hearse when Rick was detained and drove to California to start Buffalo Springfield.

The Mynah Birds were a really good band. In a biography of Neil Young called Shakey… Jimmy McDonough writes this:

The Mynah Birds—in black leather jackets, yellow turtlenecks and boots—had quite a surreal scene going…. Those lucky enough to see any of the band’s few gigs say they were electrifying. ‘Neil would stop playing lead, do a harp solo, throw the harmonica way up in the air and Ricky would catch it and continue the solo.’

Neil Young: “We got more and more into how cool the Stones were. How simple they were and how cool it was.” James had them play “Get Off My Cloud” and “Satisfaction”—before the braids, cocaine, and sequins, Rick James “fancied himself the next Mick Jagger.”

The band did get back together with different members when Rick James returned in 1967…but they soon broke up.

If you want to read more about them check out the links below.

26 thoughts on “The Mynah Birds”