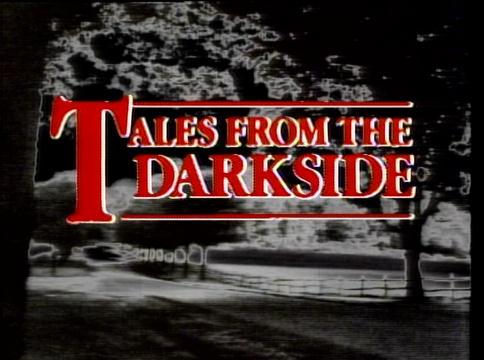 In the eighties, I would watch this as much as possible. It was a good Twilight Zone type show that had some hits and misses but even when it missed it could be creepy. The show combined horror, science fiction, and comedy. The series was made in the 1980s and boy can you tell! The music, the sets, and the hair.

Each episode of this TV series depicts a short, strange tale…with a twist! With eerie stories that were most of the time smartly written. The usual plot formula is comprised of an initial normal, mundane situation that gradually begins to get off-kilter, with suspense building up to the final, chilling, surprise conclusion.

Some episodes are gruesome, a few are of a lighter comedic style. Like many such shows, they were adapted from the work of famous genre authors of the period such as Harlan Ellison, Stephen King, and Clive Barker. Many episodes also featured veteran actors of the 40’s and 50’s.

So…listen very carefully… get some popcorn, put some 80’s acid-washed jeans on, and binge watch this show at night time to make the atmosphere a little creepier.

Thanks to Lisa for recommending this show!

9 thoughts on “Tales From The Darkside TV Series”