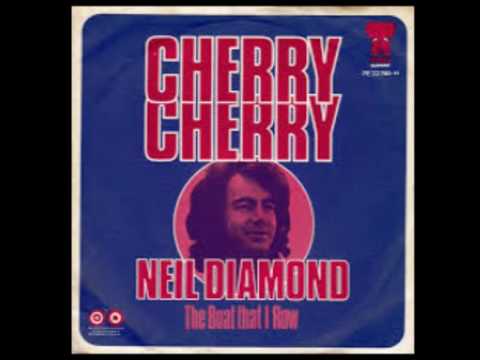 Great guitar riff that has been recycled into many songs, catchy chorus, and Neils unique voice. A nice mid-sixties rocker.

This started out with a guitar lick Diamond came up with that caught Jeff Barry’s ear. He and Greenwich loved it and encouraged Neil to finish the song. Jeff Barry and Ellie Greenwich produced the song.

In an interview with Melody Maker, Jeff Barry said that this song was originally “Money, Money,” but that he and Bang records owner Bert Berns convinced Diamond to make it lighter and more teen-friendly.

Neil Diamond is the only credited songwriter on this track, but he got some help from Jeff Barry and Ellie Greenwich, who worked with him after he signed with Bang Records and produced the song. Barry and Greenwich were part of the Brill Building songwriting community, and had written many major hits, including “Be My Baby” and “Chapel Of Love.” They mentored Diamond early in his career and helped him create this Pop nugget, which helped make him a star.

Ever notice that there are no drums in this song? That’s because the version you hear was intended as a demo, with hand claps providing the drum beat. Diamond recorded the demo with Barry and Greenwich on backing vocals and Artie Butler on piano and Hammond organ. When they recorded the song in an official session complete with horns and drums, they couldn’t capture the exuberance of the demo. The drum and horn version was included on Diamond’s 1996 anthology In My Lifetime.

When this became a hit, Diamond’s songs were in demand. This led to The Monkees recording of Diamond’s “I’m A Believer,” which was the biggest hit of 1967.

Ellie Greenwich was not just a premier league songwriter, she was a fine backing singer as well; she and Jeff Barry often did the backing vocals for the songs they wrote. Neil Diamond recalled to Rolling Stone her contribution to this song: “Ellie was the best background singer ever. She did all the background parts on my early Bang records, ‘Cherry Cherry,’ ‘She Got the Way to Move Me,’ ‘Kentucky Woman’ – all of those records were Jeff and Ellie. They just had this great knack of singing all kinds of background parts and they were great at it. She invented the background parts to ‘Cherry Cherry.'”

Baby loves me
Yes, yes she does
Ah, the girl’s outta sight, yeah
Says she loves me

Yes, yes she does
Gonna show me tonight, yeah

Tell your mamma, girl, I can’t stay long
We got things we gotta catch up on
Mmmm, you know
You know what I’m sayin’

Can’t stand still while the music is playin’
why’ain’t got no right
No, no you don’t
Ah, to be so exciting

Won’t need bright lights
No, no we won’t
Gonna make our own lighting

No, we won’t tell a soul where we gone to
Girl, we do whatever we want to
Ah, I love the way that you do me
Cherry, babe, you really get to me