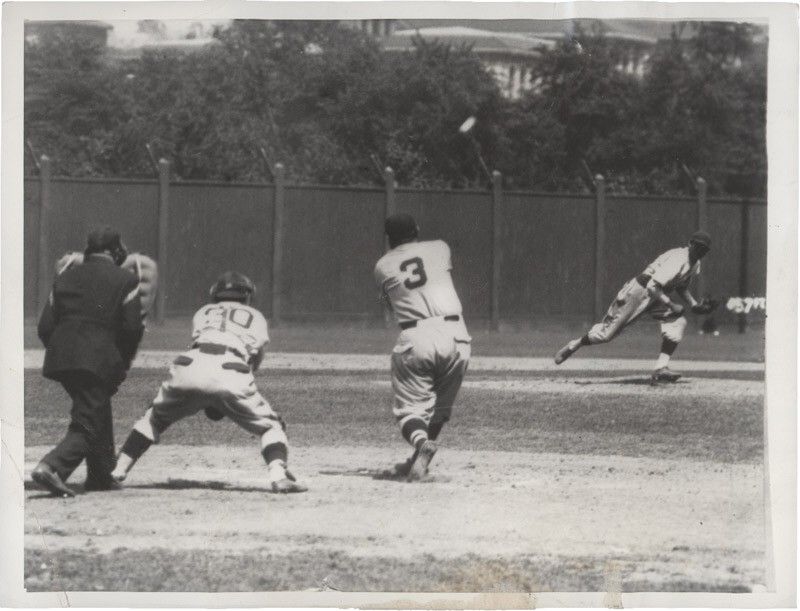 84 years ago today on May 25, 1935, Babe Ruth was a Boston Brave in his last season in the Major Leagues. He was showing his age at 40 years old and the Yankees let him go and he signed with the Braves.

The Braves traveled to Forbes Field to play the Pirates and were 8-19 going into the game. Babe was hurting and out of shape. He rose to the occasion one more time in his long career. He ended up going 4-4 with 6 RBI’s and most importantly 3 home runs. His 712, 713, and 714th of his career.

The last home run he hit on this day would be his last in his career. Pirates pitcher Guy Bush pitched to him in the seventh inning and Ruth not only homered (his second off Bush for the day and third altogether of the day) but the ball went out of the park. Not just over the fence but clearing Forbes Field’s right field roof—for the first time in the ballpark’s 26-year history.

That is called going out in style. Babe Ruth had a dramatic touch about him and would rise to the occasion time and time again.

Babe would not get another hit in his career but he would retire five days later on May 30, 1935. His wife and agent wanted him to retire after this game but he wanted to honor his commitment to the owner of the Braves to play through Memorial Day Weekend.