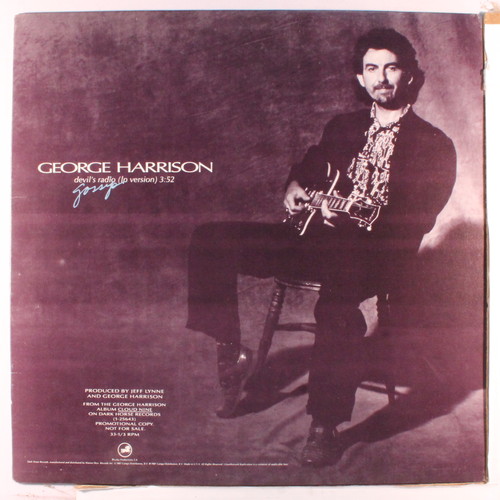 This song was not a big hit but it was one of my favorites off of his “comeback” album Cloud Nine in the 1980s. The song is pure George. He always valued his privacy and in this song, he made it clear he detested gossip in any way.

“Devil’s Radio” was inspired by a church billboard Harrison had seen that stated “Gossip: The Devil’s Radio…Don’t Be a Broadcaster.” The song did peak at #4 in Billboard Mainstream Chart Rock charts. The Cloud Nine album peaked at #8 in the Billboard Album Charts.

Even when George was young he didn’t like people knowing his business. As his mom would recall, “George was always against nosy mothers, and he used to hate all the neighbors who stood around gossiping.”

Runs thick and fast, no one really sees
Quite what bad it can do
As it shapes you into something cold
Like an Eskimo igloo