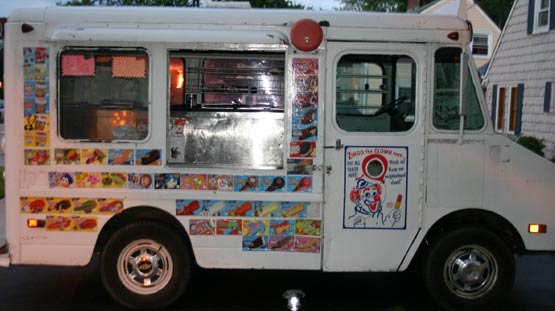 I grew up in a rural area… there was no ice cream man traveling on our dirt road.

I would go visit my grandmother in Nashville on weekends and some weekdays. She lived in the suburbs so we were surrounded by houses and pavement.

I remember the sound and excitement. That sound of the Ice Cream truck coming when I was a kid. I didn’t have anything like that at home. If I was inside my grandmother’s house…which was rare, I could hear that bell and that tune playing no matter what I was doing. Old McDonald or some song like that.

I would bum a quarter off of my grandmother with promises to do anything.

When I grew older and was a teenager and no longer cared about that I started to notice something strange about the new ice cream guy. He drove by ringing the bell to the tune of “Sympathy for the Devil” and 19 and 20-year-olds would stop him down the street… I don’t think a quarter would have bought what he was selling anymore.

I saw him a few more times pass by…ringing the bell to Jumpin’ Jack Flash…a true Stones fan… and then I never saw him again…He was selling a different kind of treat. So Cheech and Chong weren’t that far off…I heard a little later the police didn’t approve of his inventory.

I’m not a big Van Halen fan…but this one I like.

5 thoughts on “The Ice Cream Man?”