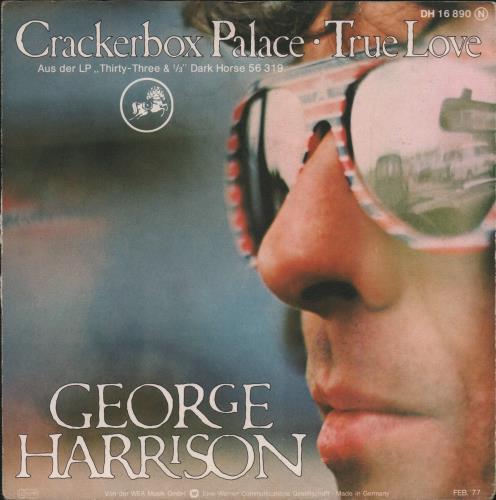 I first saw the video of this song on television in the seventies. I might have seen it on the SNL broadcast…probably a repeat. A good catchy song by George off of his Thirty Three & 1/3 album. The song peaked at #19 in the Billboard 100 and #19 in Canada.

In the music video, future Rutle Neil Innes played the nurse pushing George in a pram. George’s future wife Olivia Arias played one of the scantily dressed women standing next to his bed.
This song was inspired by Friar Park, a 120 room neo-Gothic mansion that Harrison lived in from 1970, until his death in 2001. The song’s title was Harrison’s nickname for his home.
Harrison’s line “It’s twoo, it’s twoo” was lifted from the movie Blazing Saddles. It was a line spoken by Madeline Kahn about what she had heard about black men. George loved offbeat comedies like that.

I was so young when I was born
My eyes could not yet see
And by the time of my first dawn
Somebody holding me . . . they said

Sometimes are good . . . sometimes are bad
That’s all a part of life
And standing in between them all
I met a Mr. Grief – and he said