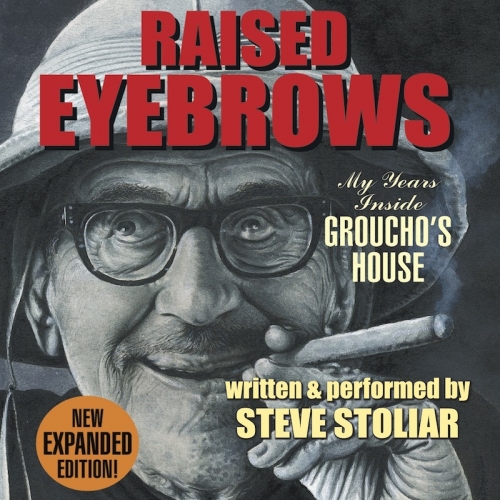 Steve Stoliar wrote this book about being a student at UCLA and working at Groucho Marx’s house starting in 1974. This book is not about the peak years of The Marx Brothers or Groucho…just the opposite. It’s the decline of Groucho Marx’s health and his eventual death.

Steve was in UCLA heading up a petition to get “Animal Crackers” released again to theaters for which he was successful. The Marx Brothers popularity was on the rise again. Groucho traveled to the campus to help out. Groucho’s PA Erin Fleming eventually hired Steve as a secretary and archivist. Steve worked in Groucho’s house for a little over 3 years. He was a huge fan not only of Groucho but of old Hollywood.

The number of famous people that passed through Groucho’s house was incredible. Old Hollywood stars and also new ones at the time. Jack Lemmon, Walter Matthau, Bud Cort (Harold and Maude), Alice Cooper, Dick Cavett, Woody Allen, Mae West, Queen (they are not in the book though), and many writers from the early days of motion pictures.

The sad part of this story is Erin Flemming (no relation to Harpo’ wife Susan Flemming). She was mentally unstable and both helped Groucho and hurt him. She would scream, berate, and push Groucho to make appearances he had no business doing in his condition. She convinced Groucho that his kids were terrible and she actually tried to get him to adopt her as his daughter. She would fire people for any reason and be very unpredictable.

After Groucho passed on it took years before the court case between Erin and Groucho’s son Arthur Marx to settle. Erin ended up losing and she was in and out of mental hospitals and wandering the LA streets for the rest of her life.

Steve slowly builds a friendship with Groucho and many of the celebrities that passed through the house. Steve didn’t seem to embellish anything in the book. There is only a couple of celebrities he said anything bad about. One was Barbara Streisand.

As a matter of fact, there’s really only one time that I can recall being officially snubbed at Groucho’s house. It was when Elliott Gould arranged for his ex-wife, Barbra Streisand, to come with him one Sunday afternoon along with their young son, Jason. Streisand never made eye contact with me the whole time she was there nor acknowledged my presence in the room even when I was speaking. It was as though I didn’t exist. Others spoke to me and Streisand made comments to the people around me, but to her I was, apparently, invisible.

Groucho had a number of mini-strokes and year by year he worsened. He would have good days and bad ones but he never lost his wit.

Steve was/is a true fan. He relished working there with his hero. Imagine being nineteen years old and working for a celebrity you really admire.

Groucho’s health was fine until around 1972 and he had his first stroke. That is when he started to really age. In the early seventies, he would appear on talk shows with his quick wit and singing songs. After the stroke, you could tell a difference.

Steve was there until the very end and ended up as a television writer and a cartoon voiceover actor.

This is a very interesting book. I will say again that Steve is about a fair as you can get retelling stories. Groucho’s daughters would go on to say that he was very truthful. Some say he was too easy on Erin and some said he was too hard on her… I would say it’s only for Groucho fans but you get a lot of Marx Brothers stories and some information about old Hollywood.

As it just so happens, in an interview Zombie mentioned that his favorite book was Raised Eyebrows written by Groucho’s former assistant, Steve Stoliar. It details the last years of the comedian’s life through Stoliar’s eyes. 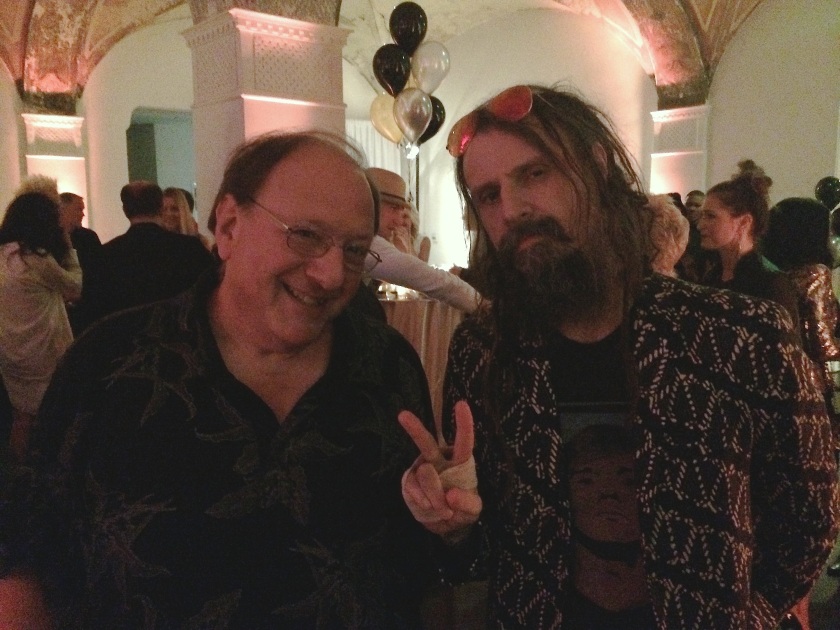 2 thoughts on “Raised Eyebrows: My Years Inside Groucho’s House”