48 years ago on October 29, 1971, Duane Allman died in Macon Georgia in a motorcycle crash. He was only 24 years old and the Allman Brothers had just released the At Fillmore East album in July…it was taking off. They had toured heavily since 1969 with two studio albums and hardly anything to show for it. The live album would push them over the top into stardom. Duane died right when it was beginning to happen. The album was just certified gold 4 days before the crash.

1 year and 13 days later on November 11, 1972, the bassist for the Allman Brothers Berry Oakley died a few blocks away from where Duane died on a motorcycle crash.

He also met Eric Clapton in 1970 and played on the Layla sessions with Derek and the Dominos with his slide guitar on Layla and throughout the album.

Rolling Stone magazine named him No. 2 on its list of the greatest guitarists of all time in 2003, trailing only Jimi Hendrix. 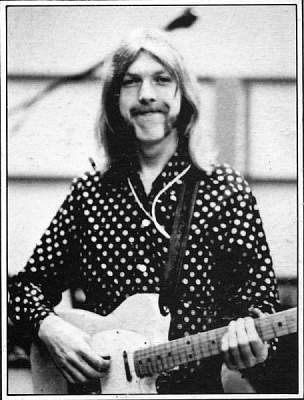 The above was made in 1973 by four young men from Vicksburg. They were college students who carved a roadside icon into a bluff along Interstate 20, at the time a new highway. The monument, which simply read, “Remember Duane Allman,” would later appear in Rolling Stone publications and continues receiving attention today

Responsible for the monument were Don Antoine, Dennis Garner, Len Raines and David Reid, who, in 1973, were freshmen at Hinds Junior College.
“We didn’t do this to go around bragging about it,” Reid said at a Sunday evening reunion of the four, an event he described as very rare. “We did it just to do it. Plus, we never even thought it would become the big deal that it did.”

Gregg Allman: “You should have seen my mother’s face when she first saw a picture of that,” he said. “She was quite honored and quite elated, almost to tears.” 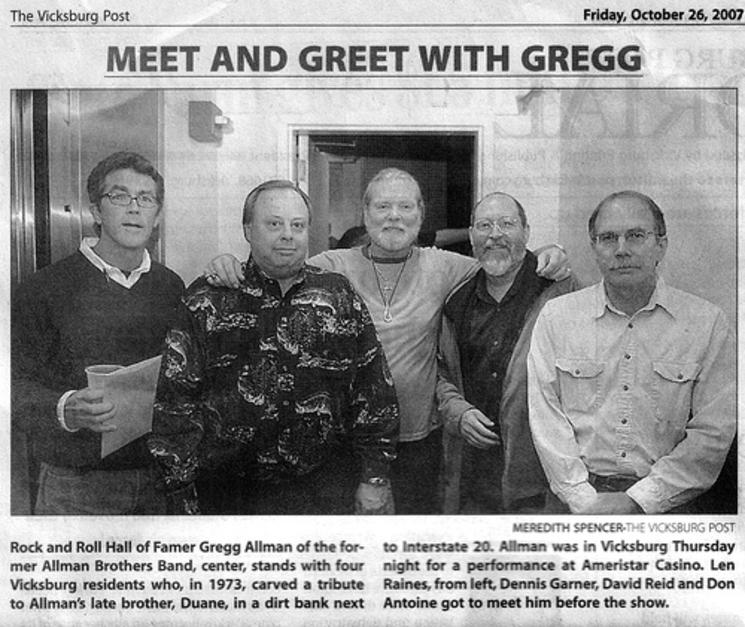