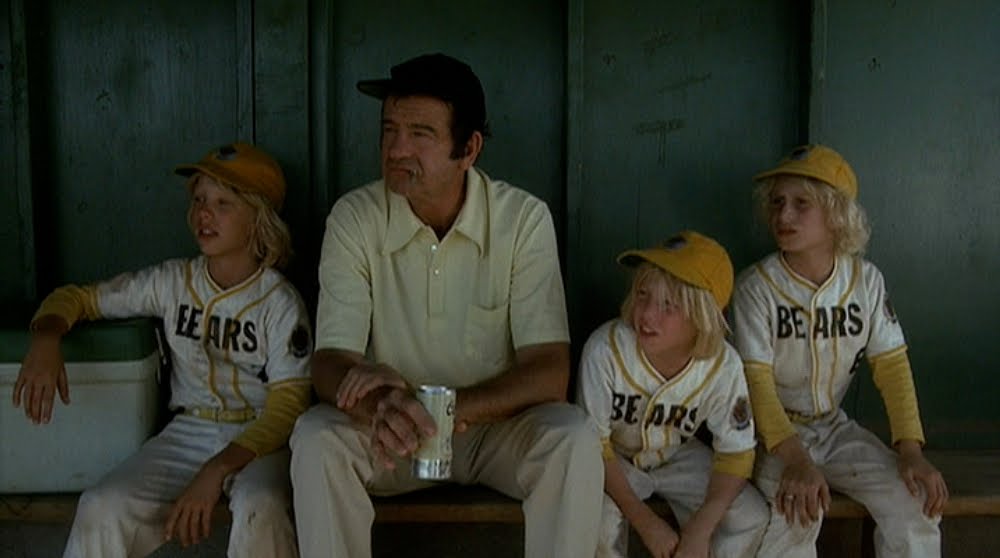 This movie was a surprise hit in 1976. It’s about an inept baseball team that is coached by an alcoholic Morris Buttermaker. The kids are foul-mouthed and the coach could care less for most of the movie. When I watch this movie I’m in little league again.

The script is smartly written and the comedy is good. Sometimes this movie gets overlooked but it is a great baseball movie. The cast includes Walter Matthau, Tatum O’Neal, Vic Morrow, and Jackie Earle Haley.

The movie rings true today. As bad as the kids are in the movie, the adults are worse. Parents screaming at kids when they make bad plays and one parent (coach) is about winning at any cost.

The movie is so 1970s but it pulls the veil back on youth sports then and now. They really nail down what the adults are like in little league… I coached little league a few years ago and I had a parent actually call me about his son at 10pm because he thought he should be hitting 3rd instead of 5th…this was a team of 4 and 5 year olds. I saw a coach and parent have a fist fight in the back of the stands…

It reminds me so much of my little league experience. People are shocked now when I tell them. I had a coach when I was 11 and we would be at the park practicing. I usually played 3rd base, pitched, and sometimes was the catcher.

Our coach would be hitting grounders to each of the fielders from home plate. The infielders would throw to first and then throw back to home…normal right? Our coach would have a beer in one hand and would hand it to me when hitting the ball. I would hand it back while the first baseman was throwing it back to me. This would happen in each practice on the city field. We didn’t think anything about it. The catcher was also the official beer passer and holder.

We had a lot of fun. I just knew I was going to play for the Dodgers when I grew up and take Ron Cey’s place when he was ready to retire. It was like going to college to be an accountant…you were training to be what you were going to be.

If you have never seen this film you are missing a baseball classic.`

Brett Marx was in this movie. He is the grand-nephew of Harpo, Groucho, Chico. and Zeppo. He was Gummos grandson…