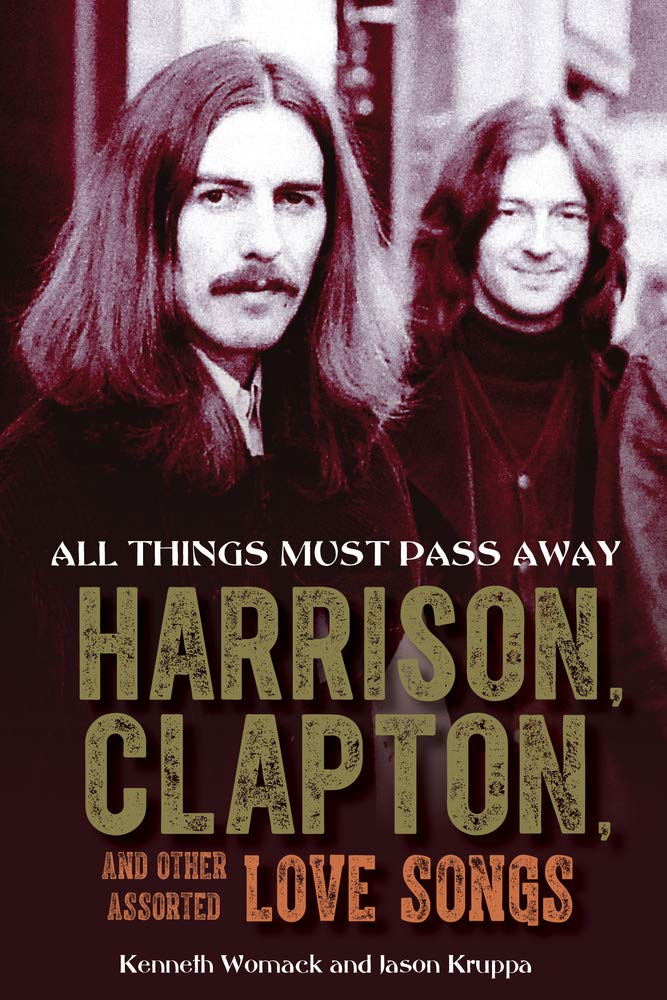 As a huge Beatles and Clapton fan, I was hoping to find out things I didn’t know…I certainly did. No revelation about The Beatles but many about George who just started his life without them.

I’m more familiar with Harrison than Clapton but I did know some about him. They go through each artist’s history up until around 1972 and then do highlights after that. The book centers around the making of Harrison’s album All Things Must Pass and Clapton’s Derek and the Dominos Layla and Assorted Love Songs and their friendship.

The authors picked a point in time to concentrate on (70-72) …and they did in detail. From Phil Spector to the “Apple Scruffs” outside the studio’s door. They also cover Duane Allman, Tom Dowd, and more helping out Clapton on the Layla album.

Harrison and Clapton had a genuine and later complicated friendship that started in earnest in 1966 when they met while Clapton was in Cream and George in the Beatles.  Out of the two, George had a better childhood with a caring family and later his family with the Beatles. The Beatles were tight like brothers and although they fought…it was a love and closeness there.

Clapton had a rocky childhood where he was raised by his grandparents and his sister, he found out later, was really his mom. He felt abandoned and that partly explains the reason Clapton never stayed in a band more than a few years. He never wavered in his friendship with Harrison though.

The book would not be complete without getting into the Patti Boyd-George Harrison-Eric Clapton triangle. Clapton wanted Patti for years, but she resisted him, and he turned into a heroin addict. They didn’t get together until Harrison and Boyd split up and Clapton got off heroin. The cause of the Harrison Boyd separation was said not to have anything to do with Clapton. Drugs and a certain affair that they could not get past was part of it.

They remained friends for the rest of their lives and while they always got along…George would occasionally throw a verbal jab about Boyd and Clapton…which was his sense of humor but uncomfortable sometimes for Clapton and those around, but he never said anything publicly about it.

George and Eric helped each other musically throughout their careers. Clapton formed a backing band for a tour of Japan in the early 90s for Harrison.

After George’s death…George’s wife Oliva called on Clapton to put together a show… Concert for George…with musicians from Harrison’s past. That show was Concert for George. There were many special moments in that show. The one for me personally would be Paul McCartney singing All Things Must Pass.

I would highly reccomend this book!

49 thoughts on “All Things Must Pass Away: Harrison, Clapton, and Other Assorted Love Songs by Kenneth Womack and Jason Kruppa”