I really like this one. It’s not among the best but again a really good sci-fi episode. The show has some very good character actors like Frank Overton and Barbara Baxley.  A girl who  loses her parents in a fire manages to escape their burning house. A couple named Harry and Cora take her in but cannot uderstand why Ilse doesn’t talk. It turns out that Ilse used telepathy with her parents…her parents were molding her to use that skill. When Harry and Cora took her to school for the first time Ilse was horrified and could not commuicate like other kids.

This episode has depth and there are a lot of moving parts. What I saw in this episode is parents who treat their children as objects to be molded rather than people with needs and rights. Its a good episode and moves quite well. It does give a back story on why Ilse’s parents were teaching her telepathic abilities.

The biggest surprise to me was who played Ilse…it was an 80s sitcom actress…Ann Jillian. 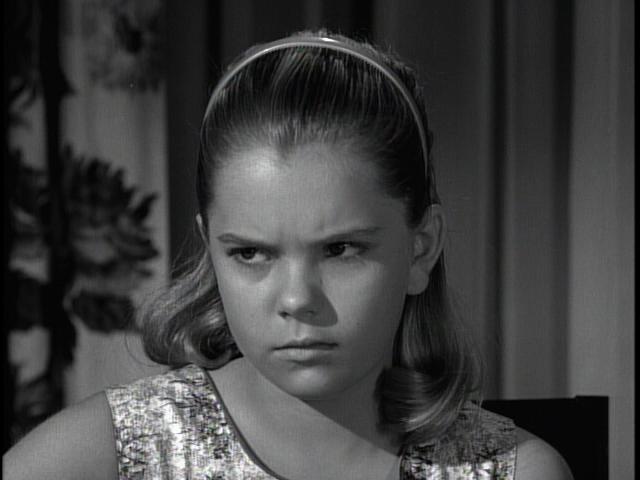 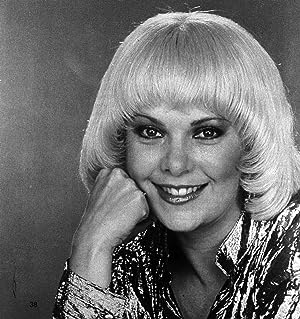 From IMDB: The main street that Ilsa runs across is the same one used in The Twilight Zone: I Sing the Body Electric (1962). Located on the MGM backlot in Culver City, it was known as the “New England Street”, and is same set that was featured in the Andy Hardy movies, starring Mickey Rooney., Elvis Presley’s “Jailhouse Rock”, Frank Sinatra’s “Some Came Running” and the 1970s musical fantasy “Sgt. Pepper’s Lonely Heart’s Club Band”, starring The Bee Gees, which was the last major film shot there. Much of the MGM backlot had been demolished in 1974, and the remainder, including the New England Street, was pulled down in 1978, soon after filming wrapped on “Sgt Pepper’s”.

This show was written by Rod Serling and Richard Matheson

What you’re witnessing is the curtain-raiser to a most extraordinary play; to wit, the signing of a pact, the commencement of a project. The play itself will be performed almost entirely offstage. The final scenes are to be enacted a decade hence and with a different cast. The main character of these final scenes is Ilse, the daughter of Professor and Mrs. Nielsen, age two. At the moment she lies sleeping in her crib, unaware of the singular drama in which she is to be involved. Ten years from this moment, Ilse Nielsen is to know the desolating terror of living simultaneously in the world and in the Twilight Zone.

Sometime after World War II, a small group of people make a pact to develop their telepathic abilities as a means of communicating, foregoing any type of oral communication. One couple, the Nielsens, announce that they are migrating to a small town in the USA, German Corners, Pa. After a tragic fire at their house 10 years later, Sheriff Harry Wheeler and his wife Cora take in the only survivor, the now orphaned Ilsa Nielsen. The young girl has never learned to speak, always using telepathy to communicate with her parents. They don’t quite understand why Ilsa won’t speak to them and Cora sees her as a replacement for the daughter she lost in an accident some years ago. When they enroll Ilsa in school, her teacher is determined to make her act like all the other children.

THE ENTIRE EPISODE ON DAILY MOTION

It has been noted in a book of proven wisdom that perfect love casteth out fear. While it’s unlikely that this observation was meant to include that specific fear that follows the loss of extrasensory perception, the principle remains, as always, beautifully intact. Case in point, that of Ilse Nielsen, former resident of the Twilight Zone.