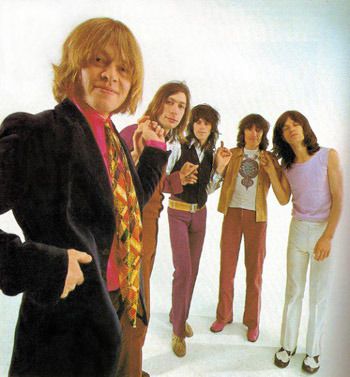 This song is a great album cut. It was used well in Goodfellas, the 1990 movie in a scene where the gangsters are trafficking cocaine. One of my favorite Stone songs.

This song was on Let It Bleed and it was recorded after Brian Jones was fired and before Mick Taylor replaced him. On Monkey Man, Keith Richards played electric and slide electric guitar, Bill Wyman played bass, and producer Jimmy Miller assisted drummer Charlie Watts on tambourine.

Mick Jagger and Keith Richards wrote “Monkey Man” as a tribute to Italian pop artist Mario Schifano, whom they met on the set of his movie Umano Non Umano! (Human, Not Human!).

The lyrics don’t seem to make much sense, but they are probably about heroin or a bad acid trip. You can certainly draw this conclusion from the opening lines:

Nicky Hopkins was featured on piano. He and Ian Stewart made significant contributions to The Stones on keyboards, but were never credited with being official members of the group. Hopkins and Stewart both toured with the band as well.

Most of the album was recorded after the death of Brian Jones but before his replacement, Mick Taylor, joined the band.  >>

The Stones performed this on their 1994-1995 Voodoo Lounge tour.

This song was used in the 1990 movie Goodfellas in a scene where the gangsters are trafficking cocaine. The film was directed by Martin Scorsese, who directed the 2008 Rolling Stones documentary Shine a Light.

I’m a cold Italian pizza
I could use a lemon squeezer
What you do?

But I’ve been bit and I’ve been tossed around
By every she-rat in this town
Have you babe?

Yeah, I’m a sack of broken eggs
I always have an unmade bed
Don’t you?