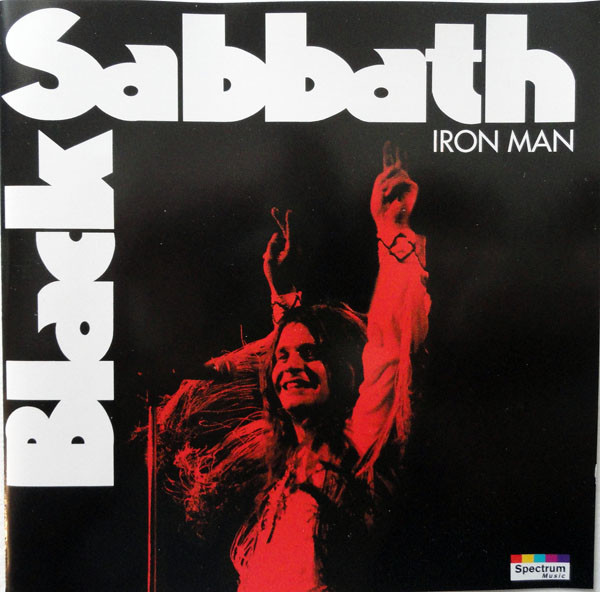 Another song that the riff is easy for beginning guitar players to learn how to play. It was one of the first ones I learned. This was the biggest US hit for Black Sabbath. It got very little radio play but developed a cult following, which led to enough sales to give it a chart position.

Black Sabbath Bass guitar player Geezer Butler: “I was walking down the street one day and thought… ‘what if there were a bloody great bloke made out of metal walking about?”‘

This was the second Black Sabbath single in the US, but it was not released as a single in England. When their first single, “Paranoid,” was released a year earlier, a lot of kids would show up at Sabbath shows just to hear the one song. The band wanted to cater to their core fans and discourage interlopers, so they became stingy with their single releases.

A new version was included on the 2000 Black Sabbath Reunion album. It won the Grammy that year for Best Metal Performance.

How the distorted vocals at the beginning that say “I am Iron Man” were created has been a topic of debate. It has been rumored that Osbourne sang through an oscillating metal fan to get the sound, but it’s more likely that his voice was run through a processor called a ring modulator, which creates a wobbly electronic effect by mixing the input signal with an oscillator. This is the device used to create the voices of the Daleks on Doctor Who, and it’s something Toni Iommi has used – you can hear it on his guitar solo in “Paranoid.”

Ozzy recorded a new version of this for the 1994 Black Sabbath tribute album Nativity In Black.

Ozzy recorded a version of this with Busta Rhymes in 1998 for Busta’s album Extinction Level Event. The track was renamed “This Means War.” The version with Busta Rhymes was included on the 2000 Black Sabbath tribute album Nativity In Black II.

On his 2001 song “Gets Me Through,” Ozzy referenced this in the line, “I’m not the antichrist or the Iron Man.”

Bob Rivers did a Christmas parody of this called “I Am Santa Claus.” It was one of his first Twisted Tunes.

In the film School of Rock, this is the first riff that Jack Black teaches the guitarist in the band. He also teaches him “Smoke On The Water” by Deep Purple and “Highway to Hell” by AC/DC. >>

This song is sampled in Futurama Episode 29 – “Anthology of interest 1,” where a 500-foot tall Bender flies to earth with the main riff audible in the background. >>

In 2007, Nissan used this in commercials for their pickup trucks. >>

Pro wrestling tag team The Road Warriors used this song as their entrance theme in the early to mid-’80s.

This was featured in the 2008 film by the same name, based on the Marvel Comics Superhero.

This was featured as a playable song in Guitar Hero 1.

Frank Zappa once surprised members of Black Sabbath by covering this song with his own band at a gig Sabbath attended.

I am iron man

Has he lost his mind?
Can he see or is he blind?
Can he walk at all
Or if he moves will he fall?

Is he alive or dead?
Has he thoughts within his head?
We’ll just pass him there
Why should we even care?