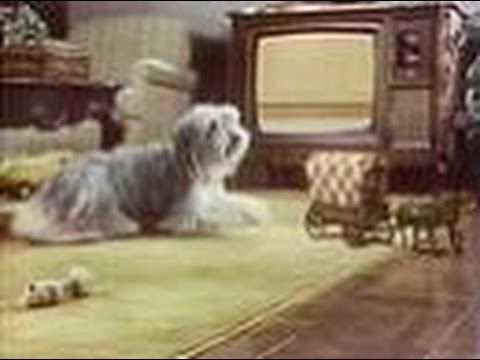 I loved these commercials when I was a kid. I wasn’t allowed to have a dog in the house (which is probably why I’ve had two Saint Bernard house dogs). Some poor dog would be bewildered by a miniature chuck wagon, then scurries through the home and into the kitchen cabinet or tv after it.

In 1967, Purina rolled out “Chuck Wagon” as their latest dog food innovation. Packaged as dry dog food, adding warm water would rehydrate the serving to some extent, as well as causing the meal to produce its own gravy