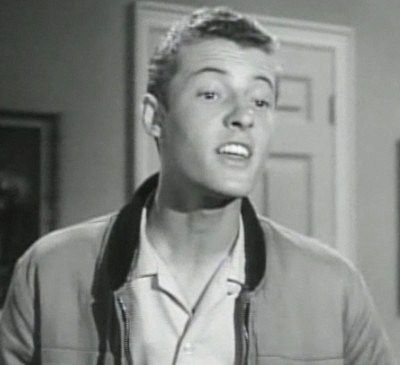 In reality, Ken Osmond joined the LAPD in 1970 and later Osmond retired from the police department in 1988, eight years after being shot by a suspected car thief. Two bullets reportedly hit his bulletproof vest and he was protected from the third bullet by his belt buckle.

Eddie Haskell was one of the great characters of television. Not likable… pretty much the opposite but he was very familiar because we probably all know our own Eddie Haskell.

Eddie was always so nice to adults…Really too nice. The Ward Cleaver character once said…”The boy is unamerican…he is just too nice.” and always tormenting his friends and kids. Eddie was the ultimate two face… all smiles and yeses to authority, but quite the trouble-maker with his peers.

We all probably had an Eddie Haskell in our friendship circles. A guy who was always trying to grow up faster than anyone else. Someone who would give you advice and then criticize you when you took the advice and things went sideways. You stay friends with them because occasionally they will do something decent and you will think… he turned a corner… only to be fooled yet again.

Sometimes I guess we need an Eddie Haskell to blame our troubles on.

33 thoughts on “The Eddie Haskell’s of the World”