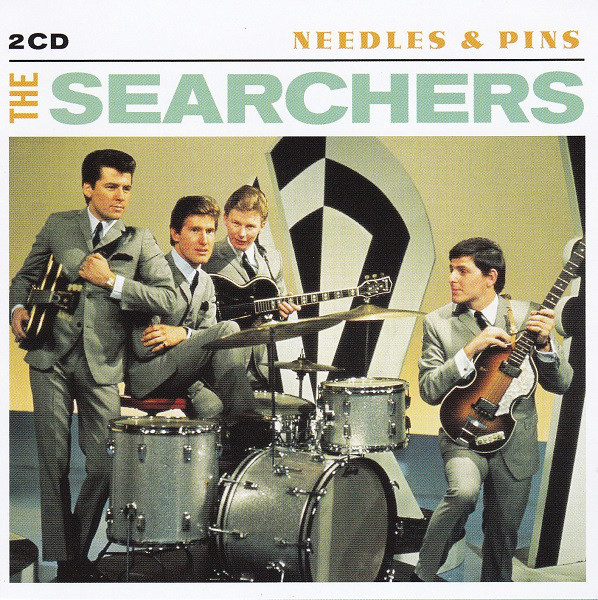 Jack Nitzsche and Sonny Bono wrote this song. Nitzsche was a producer who worked on a lot of movies. Bono married Cher, but before he was known as her husband, he was a record producer who made a name for himself working with Larry Williams on songs like “Bony Maronie” and “Dizzy Miss Lizzie.”

The Searchers heard British performer Cliff Bennett sing this at the Star-Club in Hamburg, Germany (where The Beatles played for a while), and wanted it to be their next single. Two 6-string guitars are playing in unison on the intro – it sounds like a 12-string guitar because an engineer accidentally left the echo switch on but liked the result.

Jackie DeShannon recorded the original in 1963 on Liberty Records, but her version stalled at #84 on the Hot 100. In our interview with DeShannon, she explained why her recording didn’t hit. “There were a lot of issues with the record company, a lot of marketing things I wasn’t happy with,” she said. “For instance, ‘Needles And Pins’ was top 5 in Detroit, top 5 in Chicago, and top 5 in every city it was played in. However, unless you’re coordinated across the country and the song hits the charts at the same time, you can’t get the big leaps. My record didn’t have that, because it would be going down in Chicago while it was going up in some other city. So that was a problem.”

A live version by Tom Petty and the Heartbreakers with Stevie Nicks hit #37 in 1986.

The Ramones performed a cover of this that can be found as a bonus track on their re-released album, Rocket to Russia. >>

On the BBC Breakfast news programme, April 14, 2009, presenter Bill Turnbull said this was the first record he ever bought. >>

Along with “Ain’t That Just Like Me,” The Searchers performed this song when they made their US television debut on The Ed Sullivan Show on April 5, 1964.

UK pop parody group the Barron Knights included a new lyric to this in their 1964 #3 UK hit “Call Up The Groups.”The premise of the song was that the pop acts of the day had been enlisted in the armed forces. The new lyric to “Needles and Pins” was: “We sent them away
To earn their pay
What a place it was
And they knew
They had to go away
And get down on their knees to earn their pay
Oh yes we will sir!
We’ll clean those saucepans and tins-ah
Yes sah!

I saw her today, I saw her face, it was a face I loved, and I knew
I had to run away, and get down on my knees and pray that they’d go away
But still they’d begin, needles and pins
Because of all my pride, the tears I gotta hide

Hey I thought I was smart, I’d won her heart
Didn’t think I’d do, but now I see
She’s worse to him than me, let her go ahead
Take his love instead, and one day she will see
Just how to say please, and get down on her knees
Hey that’s how it begins, she’ll feel those needles and pins
A-hurtin’ her, a-hurtin’ her

Because I saw her today, I saw her face, it was a face I loved, and I knew
I had to run away, and get down on my knees and pray that they’d go away
But still they’d begin needles and pins
Because of all my pride, the tears I gotta hide

13 thoughts on “The Searchers – Needles and Pins”