One of my non-musical and non-baseball childhood heroes. This guy was the MAN. Bruce Lee was Rambo, Rocky, and the Terminator rolled into one…but with one difference…he was real.

After watching his movies when I was young I also purchased some nunchucks when I was a teenager and konked my head a few times before I realized I was no Bruce Lee.

Bruce Lee was the first actor to bridge East and West. He understood how to speak to both audiences in a way that no one else ever had. Enter the Dragon was the first film co-produced in Hong Kong and Hollywood. Bruce had a huge influence on the action movie genre in the 70s to now.

Bruce would run into nut cases at times. Sometimes a idiot would call him out and want to challenge him to a fight while he would be walking down the street and Bruce would have to defend himself while teaching the person a lesson.

Bob Wall who appeared in some of Bruce Lee’s movies said this.

One day, while filming Enter the Dragon, an extra taunted Bruce Lee and challenged him to fight. The extra told Bruce he was just an actor, not a martial arts expert… The whole thing went on like this:

“This kid was good. He was no punk. He was strong and fast, and he was really trying to punch Bruce’s brains in. But Bruce just methodically took him apart.”

“I mean Bruce kept moving so well, this kid couldn’t touch him…Then all of a sudden, Bruce got him and rammed his ass into the wall and swept him, he proceeded to drop his knee into his opponent’s chest, locked his arm out straight, and nailed him in the face repeatedly.”

Bruce ended up giving the guy a lesson after beating him and teaching him ways to improve.

Also from Bob Wall: Bruce Lee was not only a great martial artist, he was a great man, very bright, well read, kind, funny, thoughtful, a magician (he loved showing magic tricks to people), loved kids, was professional, energetic, hard working and determined. He loved his terrific wife Linda and his kids Brandon and Shannon. I loved Bruce Lee, was honored to know him and appear in three of his films and got to train with him for years, and we taught each other a lot.

While filming Bruce in fight scenes Bruce had to slow down his movements so the camera would catch it. His training methods were legendary and some say he was the fastest human they had ever seen. 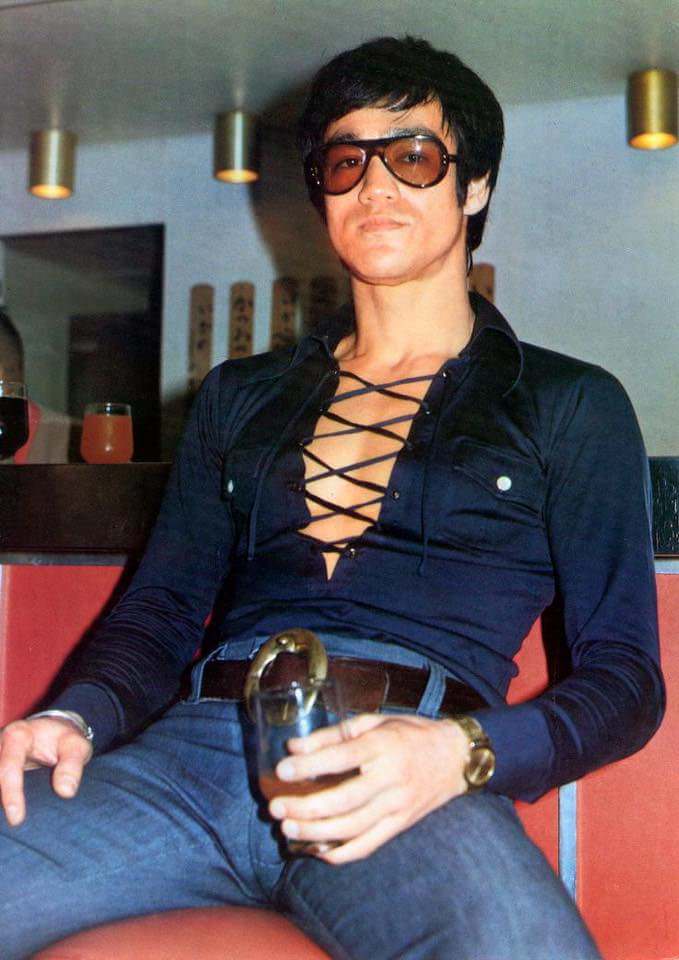 Bruce Lee, Chinese name Li Jun Fan was born November 27, 1940, in San Francisco. he was known for martial arts and who helped popularize martial arts movies in the 1970s.

He grew up in Hong Kong. He was introduced to the entertainment industry at an early age, as his father was an opera singer and part-time actor. The younger Lee began appearing in films as a child and was frequently cast as a juvenile delinquent or street urchin. As a teenager, he took up with local gangs and began learning kung fu to better defend himself. At that time he also started dance lessons, which further refined his footwork and balance; in 1958 Lee won the Hong Kong cha-cha championship.

His parents were worried about his street fighting and run-ins with the police, and they sent him to live in the United States shortly after he turned 18. He lived with family friends in Seattle, where he finished high school and studied philosophy and drama at the University of Washington.

While in Seattle he opened his first martial arts school, and in 1964 he relocated to Oakland, California, to open a second school. It was about that time that he developed his own technique—jeet kune do, a blend of ancient kung fu, fencing, boxing, and philosophy—which he began teaching instead of traditional martial arts. He drew the attention of a television producer after giving a kung fu demonstration at a Los Angeles-area karate tournament, and he was cast as the sidekick Kato in the television series The Green Hornet (1966–67).

Bruce had problems finding acting jobs after The Green Hornet. He became a private instructor to the stars such as Steve McQueen. He moved to Hong Kong in 1971 and made three Asian movies, Fists of Fury, The Chinese Connection, and Return the Dragon.

The next movie was a joint production between Hong Kong and US production companies. The movie was called Enter the Dragon and it was Bruce’s breakthrough movie. Unfortunately, Bruce Lee died six days before the film’s Hong Kong release. The official cause was Cerebral edema… swelling of the brain.

Conspiracies still go on to this day. Some say he was murdered by Asian gangsters and others say the family was cursed…further spread when his son died while working on The Crow in 1993 an accidental shooting on set of The Crow.

Yea I know this is fake..,but…how cool would this have been?