In 1974 I was 7 years old and my aunt…who was watching me took me to see this movie and Gone in Sixty Seconds. Car chase movies were popular at the time and this was a good one. The cast includes Peter Fonda, Susan George, Adam Roarke, and Vic Morrow.

It is a B movie but a fun B movie. Larry Rayder (Peter Fonda) is an aspiring NASCAR driver, Deke Sommers (Adam Roarke) is mechanic. As they feel they collectively are the best, the only thing that is holding them back is money to build the best vehicle possible. They decide to rob a supermarket and are successful as they steal 150,000 dollars.

Larry’s one-night stand, Mary Coombs (Susan George) talks them into letting her go with them. The best part is when they steal a 1969 Dodge Charger from a Flea Market. Fonda plays a jerk in this movie for the most part. Susan George’s character starts to realize this and starts to think that Adam Roarke is the one she should have liked.

Captain Everett Franklin (Vic Morrow) organizes a chase and is determined to catch them.

The ending is quite surprising.

If you are bored and want to watch an entertaining car chase movie, you might like this one. Citizen Kane, it’s not but it’s a fun movie which Peter Fonda made a fortune from a percentage deal he made. It really caught fire with Drive-In Theaters. 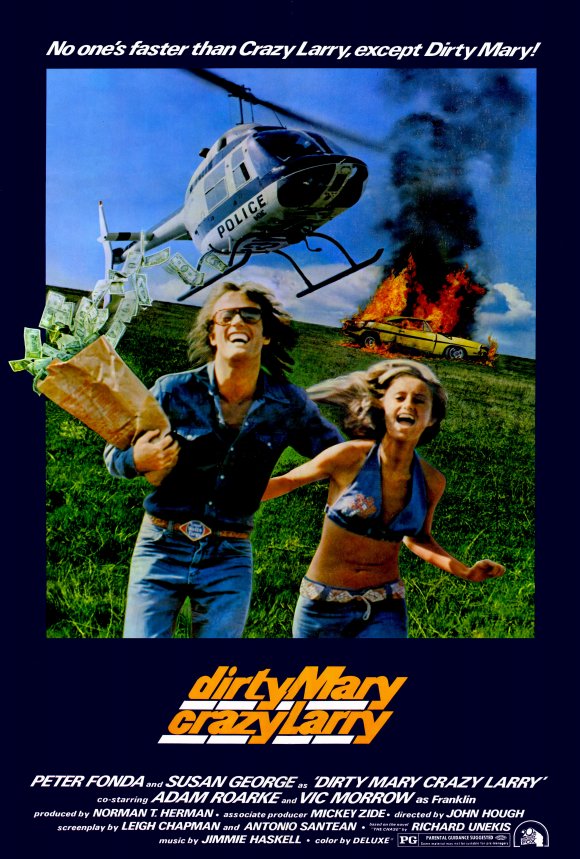